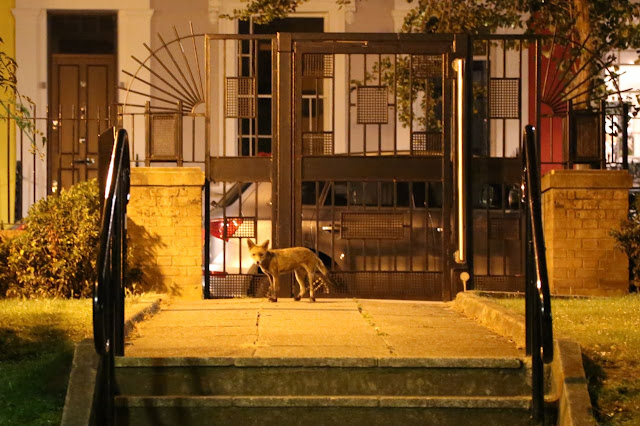 Last night Dave and I were home, watching some TV after an exhausting day, when we heard the barking and squealing of our neighborhood foxes. They are incredibly noisy, especially when they fight. From the balcony, I could see two -- a big one and a smaller one -- running around on the lawn.

I couldn't take a decent photo from the sixth floor, though. So I went downstairs and crept around the edges of the grass. 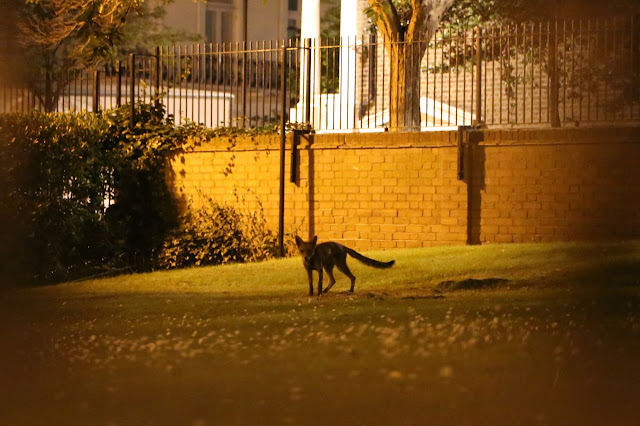 By this time, the big fox had run off. But the smaller one was still there. He didn't seem to know how to react to me. He'd watch me for a few seconds, and then run to another part of the yard, and then watch me from there. 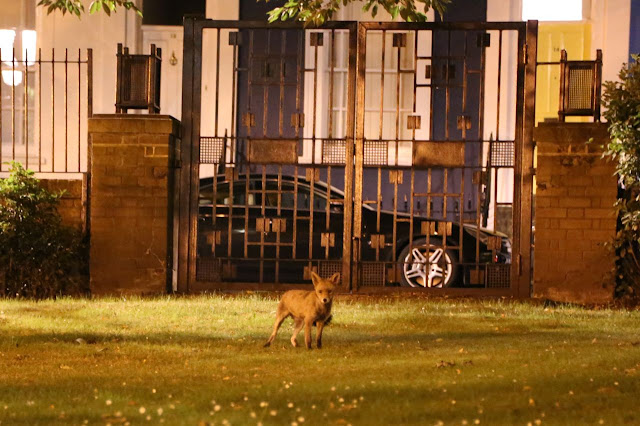 I think he's very young -- he seems to have a babyish face, and his tail hasn't filled out. (I'm saying "he" for the sake of convenience; for all I know "he" is a "she.")

These photos were the best I could do with the lens I have. Note to self: Buy zoom lens!

Even though they're noisy, and some people consider them pests, the foxes add such an element of excitement to living in London. When we first moved here, I was amazed to find them in our neighborhood, but I've read that they're plentiful all over the city. One was reportedly found sleeping on a filing cabinet in Parliament!
Posted by Steve Reed at 6:55 AM