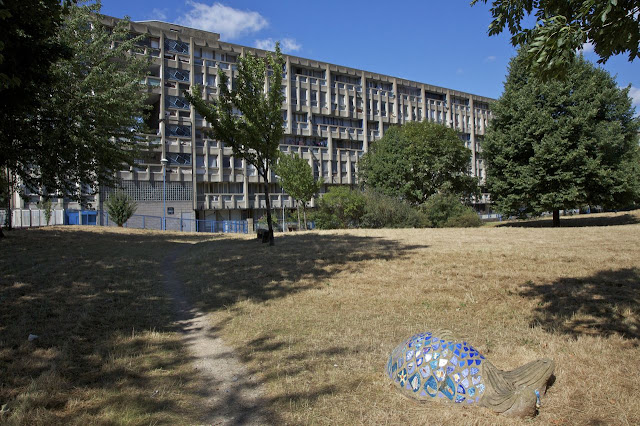 Another day, another endangered modernist building!

When I was on the Bleeding London photo walk a couple of weeks ago, I talked to another walker who's familiar with some of London's brutalist architecture. We talked about Balfron and Trellick towers, and he asked me if I'd been to see Robin Hood Gardens before its demolition.

I'd heard about Robin Hood Gardens, but I hadn't had a chance to visit yet. He said he thought it was already being torn down, so I was afraid I'd missed my chance. But I did some research and found that it's still standing, so I went to visit yesterday. Robin Hood Gardens is a council estate in East London completed in 1972, the work of husband-and-wife architects Alison and Peter Smithson. It consists of two long, slightly zigzagging buildings bracketing a large central courtyard with a hill. The buildings are of seven and 10 stories, and contain 213 apartments.

I found the buildings very hard to photograph, partly because there were so many trees and other obstacles in the way. So forgive my wonky angles! Here's a satellite image from Google showing the plan of the estate: 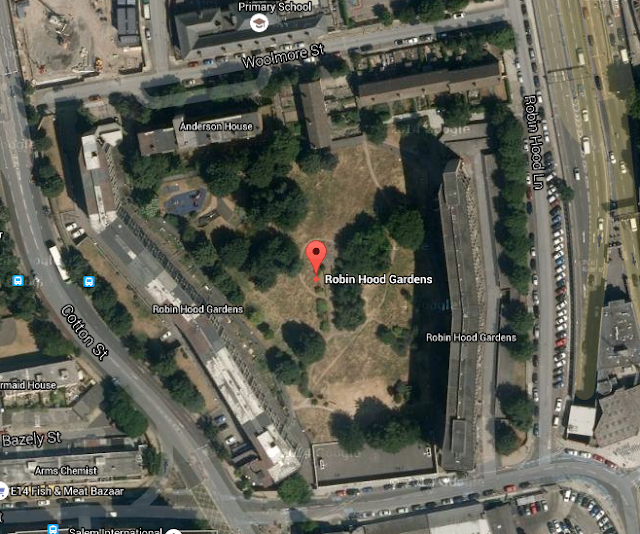 Robin Hood Gardens is indeed slated to be demolished, though some preservationists and architects are working to save it. Architect Richard Rogers, in a recent appeal, called it "the most important social housing development from the post-war era in Britain."

The Smithsons drew on the concept of "streets in the sky" in developing the project. The two buildings parenthetically screen the courtyard from the surrounding city, creating an oasis amid one of London's busiest areas. (The entrance to the Blackwall Tunnel, which runs under the Thames, is just to the east.)

When I visited, I was surprised to find curtains in the windows and people evidently still living there. I'm not sure what the timetable is for demolition, but it doesn't seem like it's happening tomorrow. 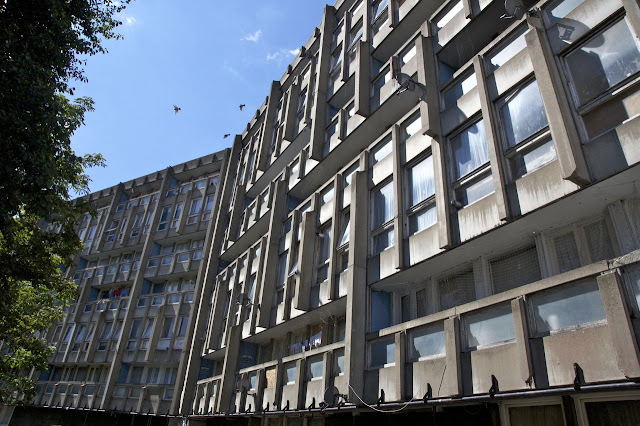 From my standpoint as a layman, they're more difficult buildings to love than Balfron or Trellick, which are so immediately and obviously distinctive. The architectural appeal of Robin Hood Gardens is more subtle, and now we've also got to look past years of neglect by the local council.

But I do hope the push for preservation is successful. The architects who want to save the estate say the apartments are of a generous size and could be refurbished. 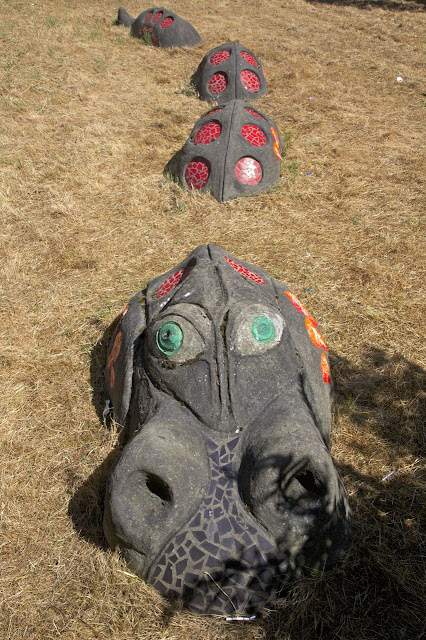 Also, the courtyard contains some quirky concrete sculptures. An urban Nessie!
Posted by Steve Reed at 7:20 AM