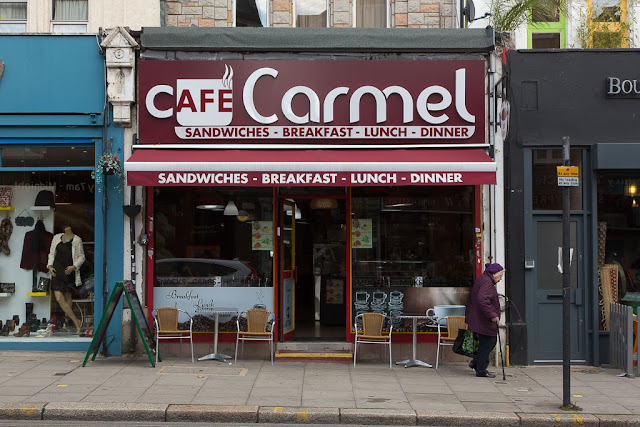 At last! I finally got to take a photo walk. The weather cooperated and I wasn't dismayed by the prospect of carrying my French books. (I tucked them in my camera bag -- they stuck out but it wasn't too awkward.)

After class yesterday I took the tube up to Finsbury Park in North London, and walked northward to Crouch End. I'd never explored this area before. Above is the cafe where I had lunch -- a vegetarian English breakfast, actually. The lady with the cane sat at a nearby table -- her name is Mary, and the proprietor kept making rhymes with her name like "Mary Mary strawberry."

She must be a regular to put up with that! From Crouch Hill the Alexandra Palace, or Ally Pally as it's fondly known, can be seen in the distance. You may remember I went there for a couple of antiques shows several years ago. 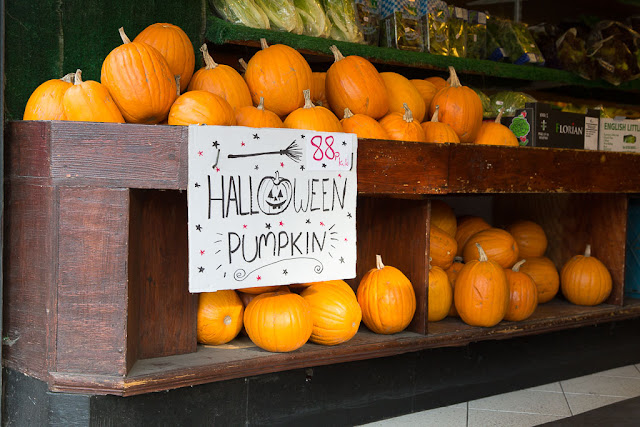 It's that time of year! And here's evidence that the Halloween phenomenon is growing in Britain. Our local Waitrose grocery store is also selling pumpkins specifically labeled for Halloween. 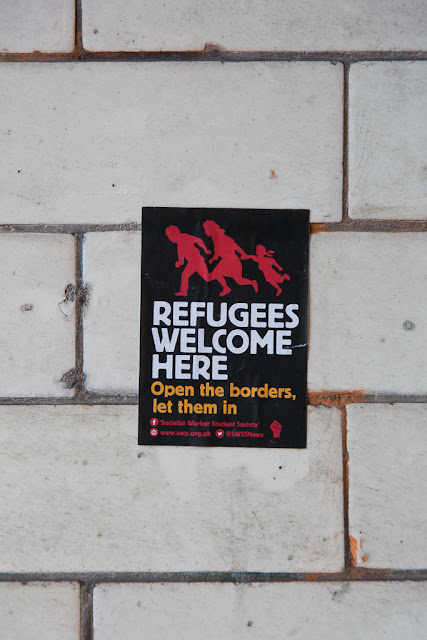 The Socialist Workers Party has a refreshing take on the refugee situation. 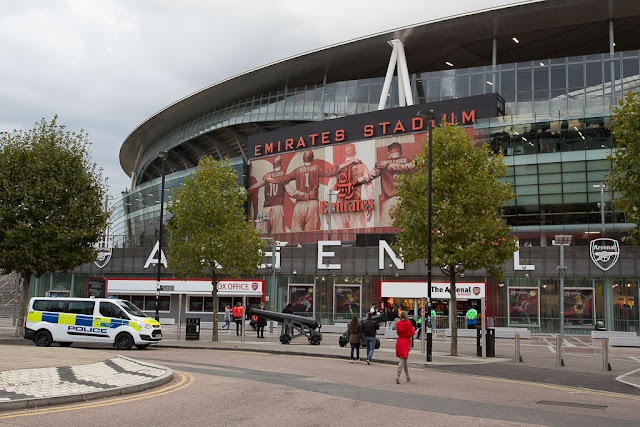 And finally, here's Emirates Stadium, where the Arsenal football team plays. There was a game yesterday (Dave says I should say "match" rather than "game") and it was fun to walk near the stadium, hearing the crowd's cheers wash over the surrounding neighborhoods like waves. By this time I was no longer in Crouch End, but more to the south in Islington. I caught the tube home from there. A fun day out!
Posted by Steve Reed at 6:25 AM