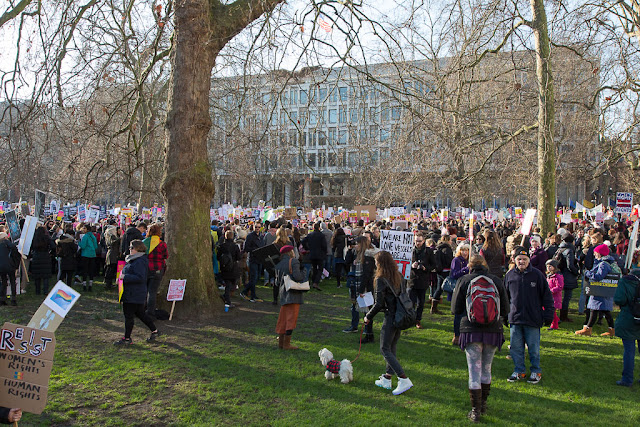 The crowds turned out for yesterday's Women's March on London -- between 80,000 and 100,000 people, according to the estimates I saw. We gathered in Grosvenor Square, in the shadow of the U.S. Embassy (which is in the process of being vacated for more modern, secure digs south of the river). 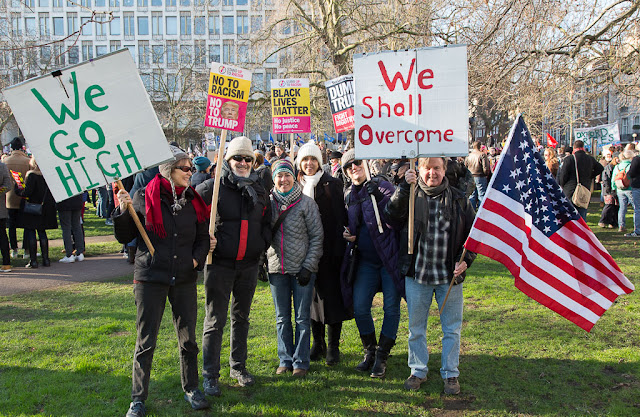 These were the coworkers I met up with, though as it happens, I lost them almost immediately while wandering around taking pictures. So I wound up marching by myself, which was fine -- it gave me maximum freedom of movement. 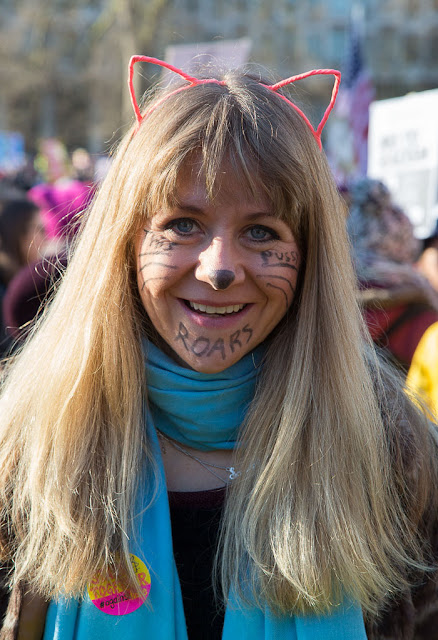 Needless to say, there were many, many women and girls at the event... 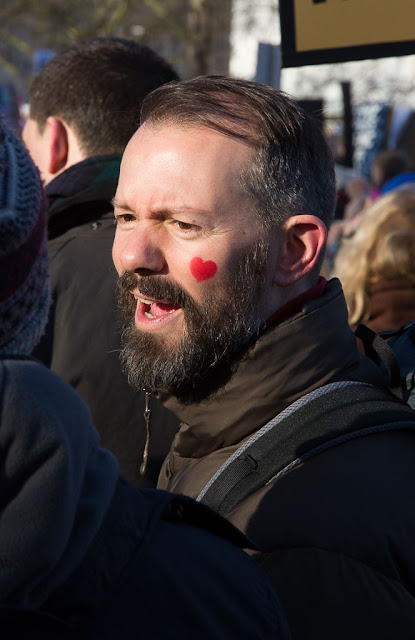 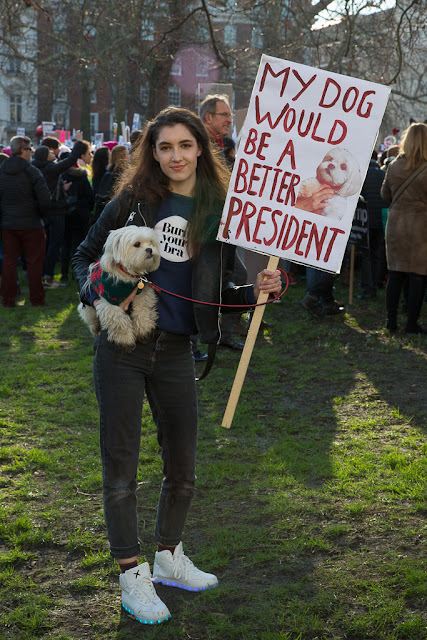 ...and even several pets. 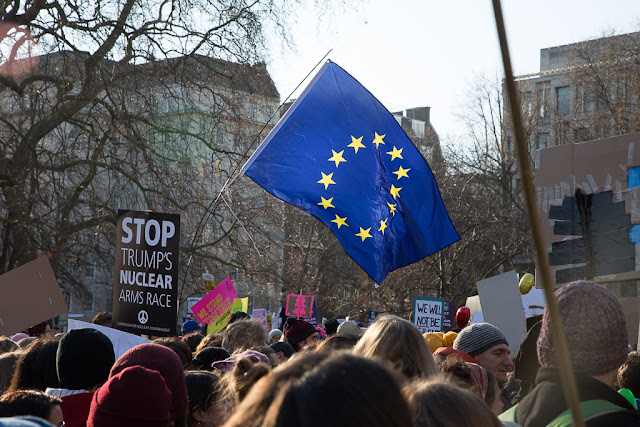 There was also a strong anti-Brexit tone to the crowd, with people making the obvious connections between Trump's populist uprising in the states and the populist separatist "Leave" movement here. 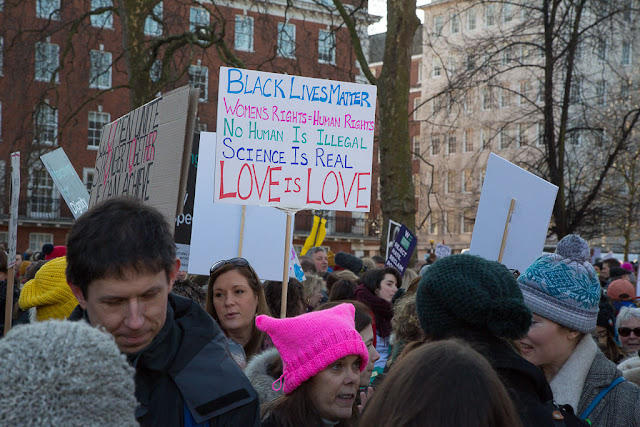 My only complaint about the event was that, once in the square, it wasn't immediately apparent what we were supposed to do or where we were supposed to go. I was trapped in a huge crowd standing basically still for at least an hour, as we waited to trickle out of the park and begin walking. I was getting pretty cranky. But then, finally, we got moving. 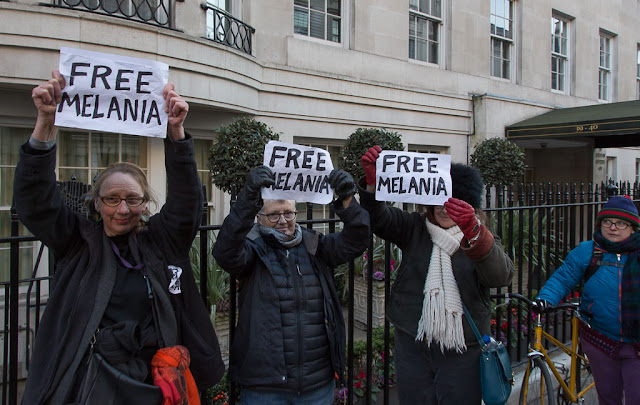 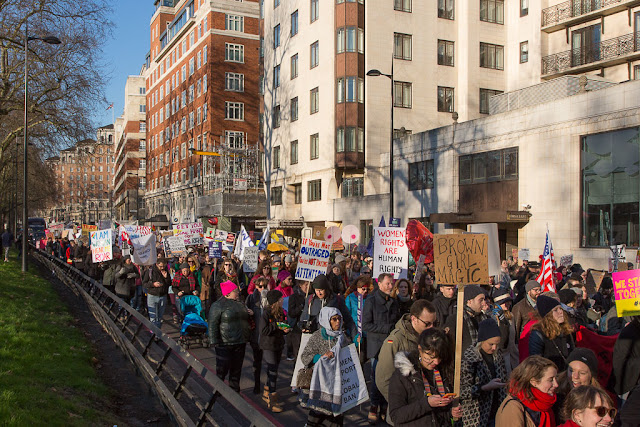 I walked the entire march route to Trafalgar Square, and even ran into my boss along the way. But I didn't linger in the square, where I believe more rallying was scheduled. It was getting dark and I was hungry and cold and needed a bathroom, so I came home (which wasn't easy because our tube line was shut down for repairs!).

It felt great to take action -- to turn the alarm I feel at the rise of Trump and his ilk into positive resistance. I hope we can all continue that resistance, in whatever way possible, for the next four years.
Posted by Steve Reed at 6:39 AM