Bible Study at the Best Western 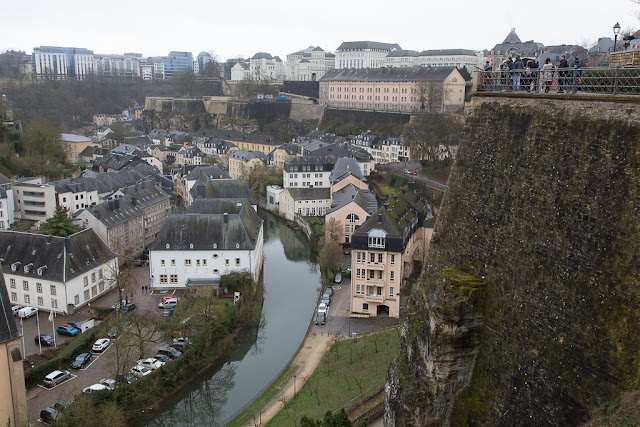 Here we are in Luxembourg -- a tiny little place, and an easily walkable city. This has already been a crazy trip.

We landed yesterday morning and took a taxi to the Hotel Mercure, which I'd reserved and paid for on Hotels.com. Imagine our surprise when we found the hotel locked and dark, with a note on the door apologizing for having to close for "technical reasons." The note directed us to a nearby Avis office, which also proved to be locked and dark. No one answered the phones.

We did what any sensible person would do -- we went next door to the Best Western and got a room. The clerk there said the Mercure closed suddenly on Wednesday. A dispute between owners and managers, or something like that. Police were involved.

Well, I got on the horn to Hotels.com and they have promised me a refund. They also sent me a £25 voucher for use on my next reservation. Then, several hours later, they helpfully called me and said, "Are you aware that the hotel you've reserved for tonight is closed?" 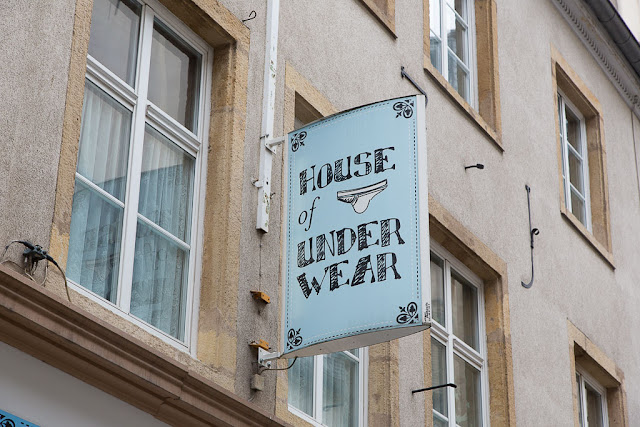 Once the accommodations were sorted, Dave and I went to a cafe where we ordered some soup and croques monsieur. We each got a sandwich -- and then we each got another sandwich. I'm not sure why that happened, but we ate them all. The TV carried nonstop news about Orly airport, while a guy nearby drank a mixture of orange juice and Campari in a tall, stemmed glass. It looked like a tequila sunrise without tequila. 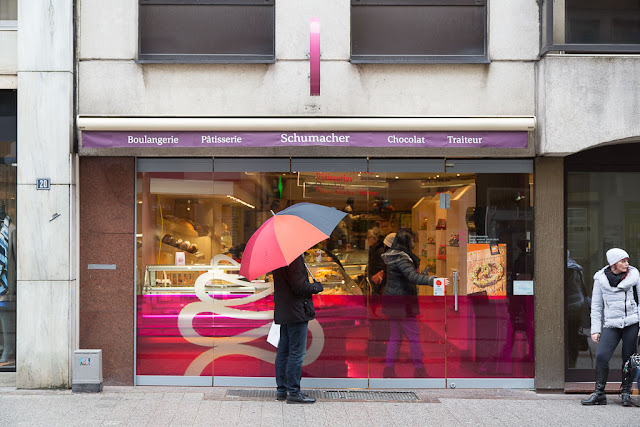 Then Dave went off to the concert hall where that night's honor band concert would be held. He not only has students in the honor band, he and other teachers from our school are bringing all their music students back to Luxembourg later this week on their annual "Music Tour." So Dave wanted to see how the concert space sounds and functions.

I, meanwhile, went for a walk. 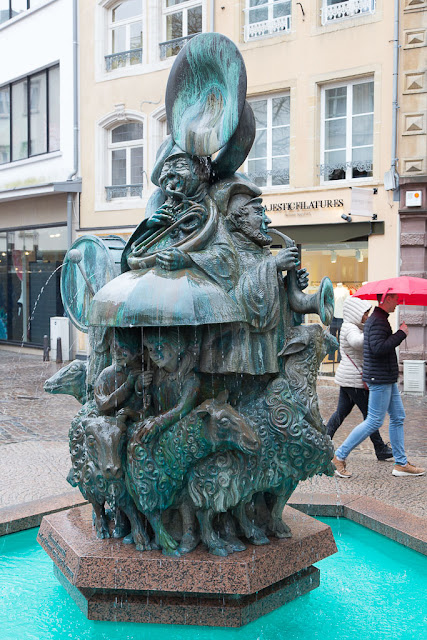 I strolled through the city's downtown to the bluffs above the River Alzette, where the old fortified walls, or "casemates," are (top). And I browsed the streets and descended from the bluffs into the "Grund," an old neighborhood along the river. 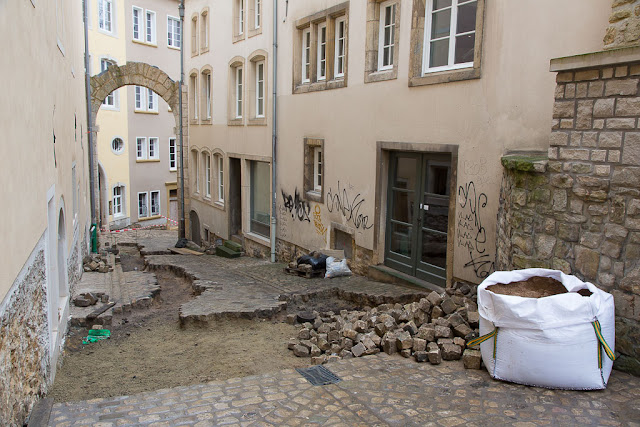 Finally, after a couple of hours, I wound up back at the hotel, where I edited my pictures and read for a while. Dave ditched me for dinner -- he wanted to stay at the concert hall, which annoyed me. But I wasn't hungry anyway (two sandwiches!) so I wound up just skipping dinner and buying a packet of peanuts on the way to the concert. 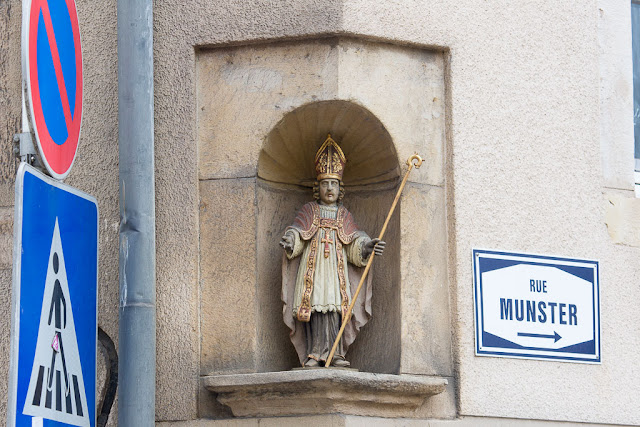 After the performance, which went really well, we chatted for a while with kids and parents from our school, and then bummed a ride back to our hotel -- where, of course, the kitchen was closed. So we had a beer, and then another beer. Peanuts and beer -- that was my dinner.

I told Dave that I'd found a bible in the nightstand in our room. "We can have bible study!" he joked. "Bible study at the Best Western," I said -- and he declared, "That's the title of your next blog post."
Posted by Steve Reed at 5:53 AM

I think that is a great title, and my oh my, what an adventure for the two of you. I'm glad the concert went well.

I think "Beer and Peanuts" would have been a better title. It must be incredibly rare for a chain hotel like a Mercure to close as suddenly as that. Good job the Best Western had a room for you or you would have been sleeping in a doorway down in the Grund.

Strangely enough, I just this morning had a very, very long and involved dream wherein I was in college (at my age!) and the dorm burned and they bussed us to a tiny old funky hotel and I was SO tired and had nothing with me. No toothbrush, no clothes. It was horribly upsetting and I did not want to be in college, especially living in a dorm.
I woke up before I got to see my hotel room.

What a shock to find your hotel locked up! But you cooly found another hotel to look after things. School trips were a massive effort to organize but were usually very rewarding.

I see tagging is not just an American phenomenon.

I'm glad that you found another accommodation so easily and that you did have a good wander to see some of the neighborhoods.
I forget when and where I first drank Campari with orange juice but have always enjoyed the combination.
Enjoy the rest of your brief get-away.

What a great title it is! That had to have been a shock to find the hotel closed and I'm so glad that Hotels.com was right on top of the issue by calling you with the warning. ;-)
Sounds like you got to do some exploring around the city. Great photos. It kind of looks like Luxembourg City is built on the side of the mountain. The House of Under Wear sounds interesting and that sculpture is interesting. It appears to have a musical theme.
One night when I was in London, I made dinner of two glasses of wine and a bowl of nuts. That was after taking the candlelight tour of Sir John Soane's House, something I wouldn't recommend.

The title is excellent :)

I like the fountain statue - there's a lot going on with it but the sheep (?) are lovely with all their curls.

When things go wrong with our plans I always try to remember that it makes a great story later! Sometimes MUCH later. But usually quite soon :)

That first photo reminded me of Salzburg, where you can take an elevator to the top of the salt mine, where there is a park and views down onto the city. (As I recall.)

When I saw the title of your post I thought, Best Western is so NOT a Steve & Dave kind of place to stay. Ha!