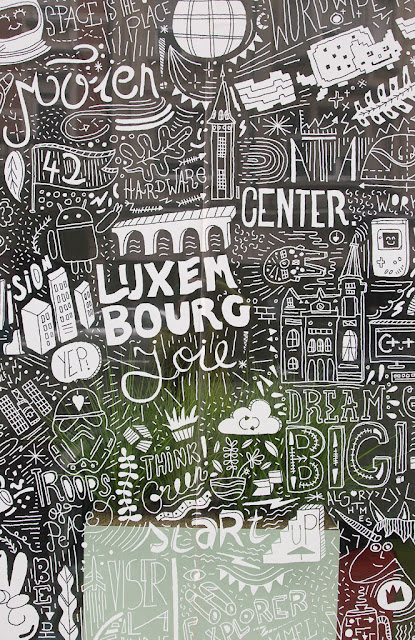 Back in London now, where Olga is no worse for wear and all is as it was. We flew back yesterday morning, after sleeping in a bit and having breakfast at our hotel. By coincidence, we were on the same flight with all the students from our school, so it was a bit like being official chaperones, even though we weren't! We did get a free ride from Heathrow back to central London on the school bus, so that was a plus.

As I said yesterday, Dave will be going back to Luxembourg and Belgium in a few days with all his high school students -- rather than just the handpicked few on this trip -- for another series of concerts. I'll be staying home, though, just me and the dog...

...and the @$%*# squirrels, which dug up two of our newly planted plants while we were gone! (I know it was squirrels, rather than foxes, because of the size of the holes and the nature of the destruction.)

(Photo: A shop window in Luxembourg.)
Posted by Steve Reed at 5:53 AM