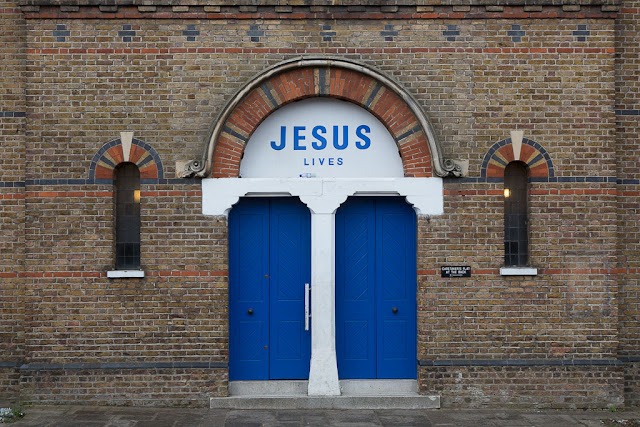 I was hoping to wake this morning and learn the identity of the twisted individual who carried out Wednesday's terror attack in Westminster. I don't know why his identity even matters to me, but I'm curious to know about his background, his family, his upbringing. What kind of person could drive his car into groups of schoolchildren and tourists? What kind of mind could be so perverted by fanaticism or disease?

I was at work yesterday afternoon when I heard the news. It's particularly chilling to think that I was just at Parliament myself, chaperoning a school group, not even two weeks ago -- walking children through the same fenced yard where the police officer was stabbed and the assailant shot.

I don't understand why we as a society don't make more allowances for identifying and treating mentally ill people. (Anyone who's in a position to do such a thing is mentally ill -- regardless of his or her reasons.)

And though there's no way to know the attacker's background, I am afraid all the conflict in the Middle East over the last two decades has produced untold numbers of hardened, scarred people with PTSD and limitless frustration and anger. This is not a reason to isolate people from that region -- rather, it's a reason to help them reorganize their societies and improve their lives. The wealthier nations of Europe and the Americas need to be far more invested and involved in stabilizing conflicted parts of the globe, rather than sealing off our borders and retreating from the world. The resources for doing so should come from proportional taxation of the wealthier people in our societies, who have instead hijacked the political process to bolster their personal prosperity.

And on a purely practical note, I'm surprised that security bollards were never installed to protect the sidewalks along the length of that bridge -- although I've walked it many times and I must admit I never noticed their absence. Easy to see in retrospect, I suppose.

Anyway, school was already over by the time the event happened, but the rest of my day went on as usual. I stayed at work until my normal time, as did many students. Today we're working as usual too. Life goes on.

(Photo: Signs of religion in Cricklewood, a few weeks ago.)
Posted by Steve Reed at 6:06 AM

Yes, and yes, and yes again. You are right on, Steve. I wonder if we as a planet will ever get better at helping each other? As many power-hungry people as there may be, whom no amount of caring can reach, there are all the others who were born into conflict and, as you say, are scarred and changed by it (who wouldn't be?) and who need open arms and healing. I have to hope that on balance we are getting more compassionate, but some days it's hard to believe. Take care, friend.

I would only add that we should stop our national propensity for starting or staying involved in foreign conflict...Other than the Second World War, in which we helped our European allies free themselves from the possibility of domination by Germany and Hitler, and the Pacific from domination by Japan, every other foreign war has been, in retrospect, not worth the cost in human or material terms (I'm sure those who make money from such efforts would disagree). This applies not only to the Middle East but around the globe. We also need to recognize the value of the financial help and organizations that support working peacefully with one another and have leaders who will not lie to suit their own or party agendas. Will this happen? Probably not in our lifetimes and definitely not in the current debacle that calls itself a government here.

Does Jesus live? Does Muhammad live? They were only ever stories from long ago - mostly fictional. But people we pass in the street - tourists, schoolchildren, police officers, parliament workers - they live. Each one of them is unique and precious. They are our fellow human beings.

It absolutely boggles my mind that we still think that war is a solution to anything.
I completely agree with what YP said. He is right.

unfortunately, human nature sucks. and Trump and the Repubs here have cut funding for mental health or will if their replacement to the ACA gets voted through. not only that but congress voted to let the mentally ill buy guns.

I agree. If all the war stuff was spent on aide the world would be much better off. We have made very sick people for generations.

Agree on all points. And let's stay away from hate. Because whatever the answer to this chaos may be - it is never hate and aggression.

Everything you said in this post is so true and you've said it beautifully. I totally agree. I also agree with YP's comment. It's funny, I was feeling the same as you about recently being at that exact location and I've also walked across that bridge many times. And, what is more important, I will do it again the next time I visit my favorite city. No amount of hate-filled, depraved people will stop me from the freedom to go where I want, when I want.

London will more on as it should,as we all should.
We will not be bowed by such acts

Thank you for saying what you do, here, that we need to not turn away from the brokenness of our fellow humans, but instead need to help them heal. I, too, always want to know the background of the people who do these horrific acts. I am always trying to find the moment when a kindness might have turned their lives another way. Sadly, it's often no longer visible to the outside eye.

propaganda is compelling to those who wish to be relevant, to those who feel wronged, and propaganda is everywhere on every device at every hour of the day. Friends of the perpetrator reckoned him to be a nice guy, nice family...lalala. The machine is mighty and dramatically evident which is only going to become more so as the disenfranchised watch propaganda, no need to travel to training camps anymore, just switch on your device and there it is 24/7 and then there is their god...

Another tragedy. It is a relief that it was not your school trip but I ache for all the suffering of those who were killed or injured.

On a lighter note; I saw a sign in Queensland that said "Jesus lives" and underneath some wag has written " Oh no! Does that mean Easter is cancelled?"