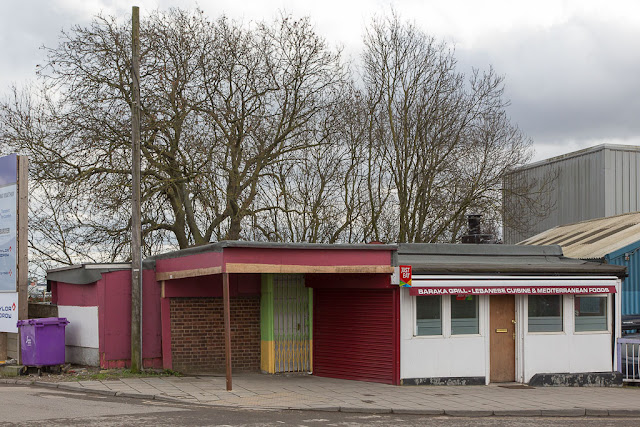 Here at Chez PapenReed, we didn't watch the Most Surreal Oscars Ceremony Ever. But I couldn't believe it when I read about the envelope mix-up the next day. My first thought was that some poor first-year employee was going to lose his job, because embarrassing Hollywood royalty is a bit like embarrassing Mother Nature in the old margarine commercials -- lightning and thunder and stampeding elephants ensue.

But then it turns out the person who handed Warren Beatty the wrong envelope is a head honcho at PWC, and he did indeed apparently take it from the wrong stack. So it's on him. Poor guy!

In any case, I went out and rented "Moonlight" immediately from iTunes, because now that it carries Best Picture gravitas I was afraid they'd hike the rental fee or pull it entirely in an effort to make people go to the cinema to see it. We're saving it to watch this weekend.

In other news, inspired by a few of my blogger pals, Dave and I have decided to take the Ancestry DNA test to see from whence we came. My Dad and other relatives traced my family back hundreds of years on both sides, and we're pretty much British all the way -- I doubt there are going to be any surprises on my end. Dave is allegedly German. But who knows where we came from in the eons before the roots of our traceable family trees? I hope there's a little surprise in there somewhere!

Finally, the popularity of marmalade may be on the wane in Britain, much to the consternation of this columnist. (I must agree that losing marmalade would be tragic, but I'm taking this with a grain of salt. Some Guardian columnists like to turn everything into a world-ending scenario.) And did you hear about the Great Bagel Dust-Up of Potters Bar? Complete with video!

(Photo: A cafe near the rail yards of Willesden Junction, on Sunday.)
Posted by Steve Reed at 7:05 AM

I am not sure how I would react if a complete stranger put bagels on my head when I was just trying to sit there minding my own business. Inside I would be seething with rage but what tactic would I employ? After all, you might say that the blonde haired man in the video was being bullied but it seems to be a young woman who is doing the bullying under the thin guise of a light-hearted prank. It's humiliating for him.

As for Dave's ancestry, if he turns out to be part-Mexican, please con't worry - I will not inform Trump's ROBDD (Root Out Bad Dudes Department)

Yay, not first today! It will be interesting to discover more about your ancestries...

I don't even know what to say. Bagels on heads? Is this elementary school?
Well.
I want to watch Moonlight too. Elizabeth has seen it three times!

we never watch the Oscars either. and we haven't seen Moonlight.

Moonlight was very moving. It's a quiet movie, but profound.

I have been wanting to do the DNA test for a long time. I need to get that done. I didn't watch the Oscars either but heard about it the next day. I agree, that's a pretty big mistake that I'm sure will have some repercussions. That bagel dust-up was simply hilarious.

I think it's so neat that you're having the DNA test done. I'd like to but I'm too thrifty. Okay, I'm too cheap. I thought for years that my father had French-Canadian in his background because he and all his brothers and father looked typically Fr. Cdn. - but later I found out that his paternal line came straight from England! I guess what I learned is "never assume" :)

I don't watch movies or Oscars but it sounded like a gong show.

I have never really agreed with critics on good movies. Most of the movies with most stars we never agree with.

Looks like you've been taken over with cora's comment, such a shame that people feel the need to hack others' blogs. :(

Should England give up marmalade, you can send some here to Arizona. I love it!

YP: I wondered about that too. I think I would have gotten up and moved to another car, although the train DID look pretty crowded. But heck, even STANDING in another car would have been better than putting up with that crowd.

Ms Moon: It's not Elementary School -- it's alcohol!! I will be sure to report back on "Moonlight."

Ellen: Well, the Jewish portion is interesting. I'd personally love it if I came up with a small percentage of Jewish or African or Spanish -- something to surprise my family!

37P: I love quiet movies, so I think I'll like it, but I read a columnist here in one of the London papers who said "nothing happens" and she would have walked out if it hadn't won the award. It takes all types, I suppose.

Sharon: You should definitely do it! Assuage your curiosity!

Jenny-O: Well, it's really not THAT expensive -- about $100, I guess. (We paid in pounds, obviously.) It wouldn't be surprising for you to have some Western European blood given that the Normans invaded England. There's French in there somewhere, I bet!

Lynne: I deleted Cora, as you can see. :) I often come down on the same side as the reviewers, even if I only read the reviews afterwards.

Catalyst: I love it too! I eat it all the time. Personally I take that article with a grain of salt -- I suspect a lot of those young people will develop a taste for marmalade as they get older.