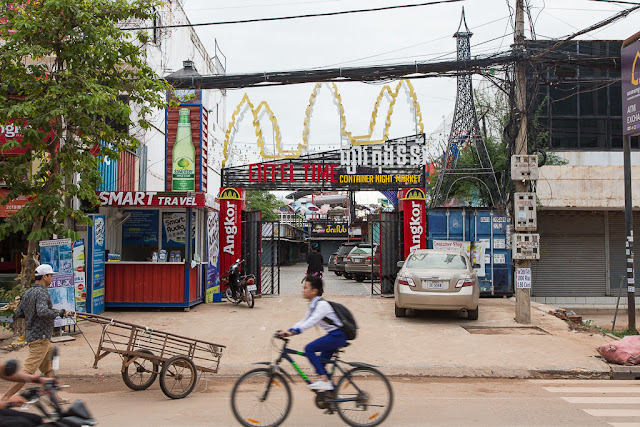 Yesterday afternoon, after a short nap, Dave asked at the hotel desk for a recommendation for lunch somewhere in town. The staff suggested Pop Street. We had no idea what Pop Street was, but we dutifully hired a tuk-tuk and told him that's where we wanted to go. When we got there, we realized it was, in fact, called Pub Street and it's surrounded by a complex of little restaurants and bars and market stalls all packed cheek-by-jowl along narrow alleys.

Well, it was perfect for our mid-afternoon meal -- a quiet affair of chicken curry and fish amok, a Cambodian specialty, that we ate at 4 p.m. "We're having the early-bird special!" I told Dave before downing my first local beer, called, appropriately, Angkor. We were the only ones eating at that crazy hour.

Siem Reap is a peculiar little town. We keep finding places named for other places. Above is the Eiffel Time Container Night Market, complete with a miniature tower, and in our tuk-tuk we passed a big building called the Alaska Massage Center. ("They rub you with a salmon," Dave said.) I suppose it's kind of like a mini Las Vegas. 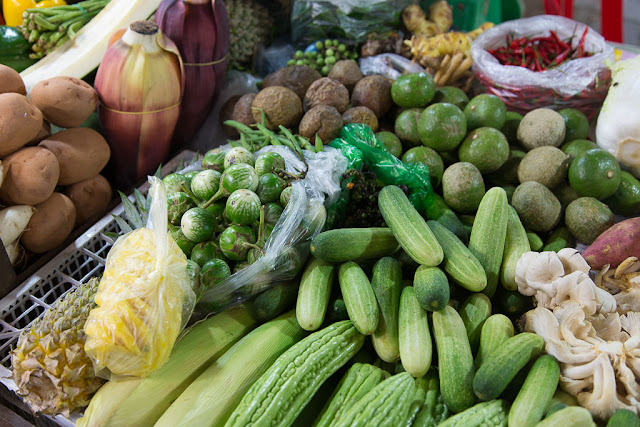 We walked around the food market, where tables of not-always-readily-identifiable meat, dried fish and produce were laid out for sale. I see cucumbers and limes and pineapple, and some kind of mushroom on the right. But what are those round things in the middle? And those reddish pods, upper left? And those wrinkly brown things in the back?

Cambodia is full of mysteries. 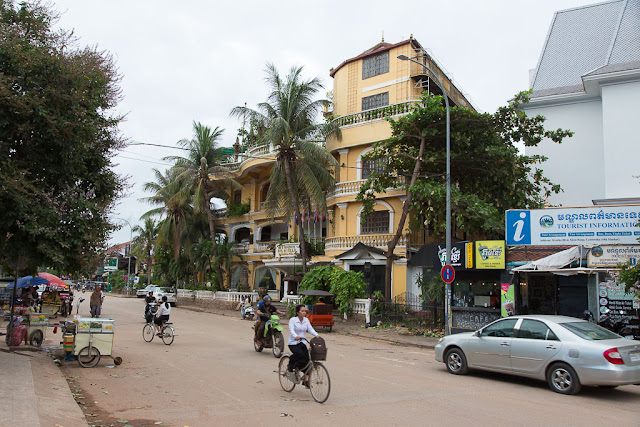 The streets are buzzing with bicycles and mopeds and tuk-tuks. This picture actually doesn't do the traffic justice. It's much busier than that. I keep absent-mindedly looking to the right before stepping off the curb, as I would in London, and I think, "Man, I've got to stop doing that before I get killed." Which is true, but the traffic here seems very organic. It all just flows around obstacles like careless pedestrians and meandering tuk-tuks and stray dogs and all manner of vehicles trying to turn left. Nobody's going very fast.

That building shaded by palms is an elegant-looking boutique hotel called the Hotel de Ville. (That usually means City Hall in French, but apparently not in this case.) 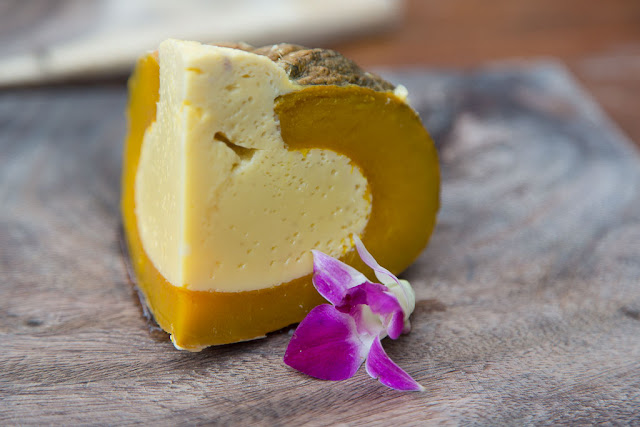 After our curry early-bird supper we stopped at another streetside bar and sat out on the patio. We had, for dessert, steamed pumpkin with sweet custard poured into the center. Yum! Who thinks of these things?! 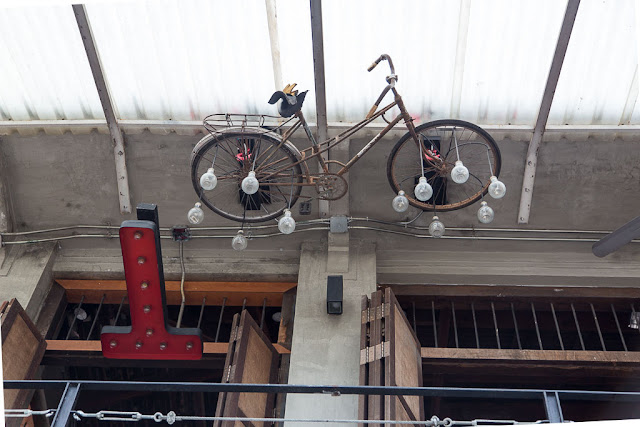 The light fixtures in the bar were made of old bicycles. (It's kind of hard to tell from the photo, but they're hanging from the ceiling.)

Oh, and speaking of inventiveness, I forgot to mention a feature of yesterday's flight that I found really amazing. Our plane had windows that turned from clear to dark, deep blue to screen out the sun. Compared to those tatty plastic pull-down blinds, these windows seemed so elegant. Have you ever seen them before? And you can control the darkness of the glass with a little dial beneath the window. It's very smooth and space-age and if Steve Jobs didn't design them, it seems like he'd at least approve.

Off to Angkor Wat today!
Posted by Steve Reed at 11:30 AM