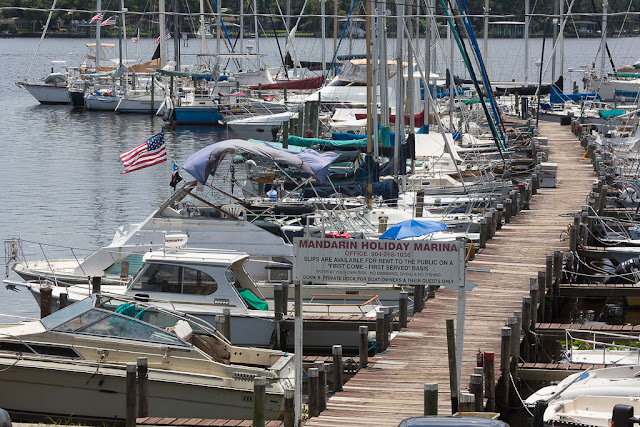 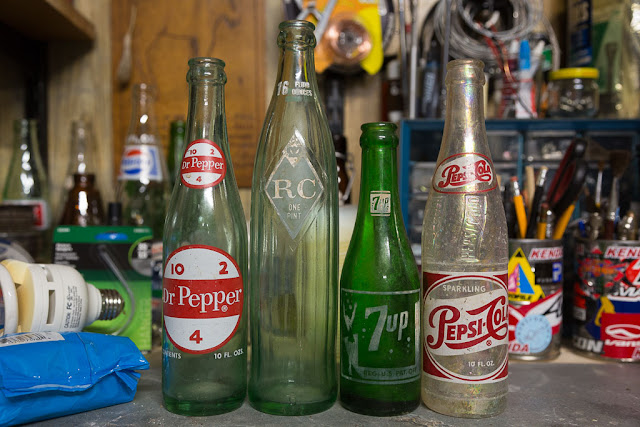 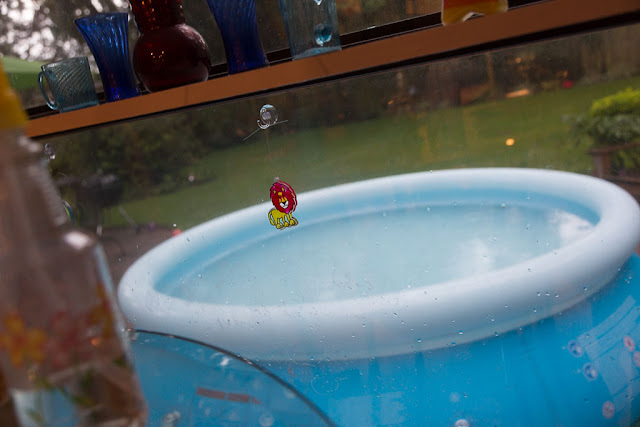 Oh my god. I can see how watching those videos could be addicting! I had to laugh at the mention of found Go-Pro's. On the Cozumel FB pages there are constantly people reporting that they've lost their Go-Pros. Like...the reefs must be littered with those things. I'm not the only one who's noticed it. Maybe someone should start a Go-Pro finding business. Sounds like it could be lucrative.
I've never eaten a watermelon salad. Are they good?
Yay, Kate on the swimming pool picture! I see that lion sun catcher. Good for her!

Reading about your time waiting at the DMV reminded me that I wanted to find out how to get a personalized license plate in California. Thought it might be fun to have one that says Dharma Bums. Kate's photo is very cool. I love that you and your brother are both collectors of such interesting things.

my son is/was a finder. now he doesn't wander out in the world, just goes to work and home. but he used to bring home some crazy stuff. he's been trying to get his driver's license renewed but the DMV near him in the city is always so crowded with a line out the door. been telling him he ought to come out here and do it. 20 minutes max.

not a bad picture your niece took even if it did focus on the wrong thing. took

Oh my goodness, I remember each one of those bottles in your brother's collection. We used to have those Pepsi bottles in the house when I was a kid.
I just recently went to one of the DMV outlets to get my drivers license converted to a travel ID. I guess sometime next summer, the old licenses won't be acceptable for boarding a plane any longer. The new license had to be validated with several forms of ID but since I have a passport, that simplified the process.
Kate took a great photo of the swimming pool and the sun catcher. Good job Kate.

Welcome Back To The States And I Am Very Pleased To See That Your With Family. 120 Plates Seems A Bit Outrageous But Its Florida After All. Dig The Links!! Enjoy The Rest Of Your Vacation And Pound The H2o

The first of those videos, of which I watched about half, is insane! Amazing all the stuff people lose.

Love the soda bottles! "Finding" is such a satisfying hobby. I felt a pang when you said your Mom must have forgotten your dinner plans. My Mom will have her 88th birthday on the 21st, and while she doesn't have dementia, she is forgetting things more often. It's heartbreaking. How sweet of you to post Kate's photo. She did a good job! Her pool looks very inviting.

Reading about Kate, at six, wanting to use your camera, i remembered the saying that we never know the moment at which a child's future opens up to them. Her shot reveals a creative eye!

Happy Birthday to your mom because I forgot to say it yesterday :)

My dad was a "finder" (and a "keeper") of things, and I have the same inclination although there seems to be nothing to find around here except nature things like rocks and cones. Which I drag home. Yes, I am still a kid.

It pleases me that you let a six year old use your real camera. Kids need encouragement from ALL the adults in their lives.

Katie's photographic composition is brilliant. She is naturally gifted. You should ask her for a few tips before you leave Florida - in order to improve your own camera work.

Have you watched the Brit comedy, the Detectorists? It's hilarious!

You might enjoy The Detectorists. It is funny. I will have to wait until my computer is working before seeing Kate's photo. Doesn't come up on this phone. I'm glad she shares an interest in cameras and photos. Please tell your family hi.

Never mind Kate's photography skills. The thing that really impresses me is her ability to lift and hold a FORTY TWO pound camera. If this is correct I see a future for her as an Olympic weightlifting gold medallist.
Alphie

Ms Moon: It seems like GoPros and iPhones are the most frequently lost items out there! The watermelon salad was basically a salad with watermelon on it -- not as exotic as it sounds, but good on a hot day!

Robin: That would be an awesome plate!

Ellen: Yeah, if he can do it anywhere, why not do it there rather than in the city?!

Sharon: Really?! Is that true everywhere, or just in Arizona, I wonder? I thought a driver's license was perfectly acceptable legal ID.

Padre: Thanks! Yeah, I am pounding the H2O, believe me!

Catalyst: It's weird how fun they are to watch, isn't it?

Sue: Yeah, my mom is a little more forgetful, for sure. We're adjusting to it!

37P: It's true! There's no telling what will inspire a child.

Jenny-O: There's nothing wrong with rocks and pine cones! I bring home rocks all the time.

YP: She has that tilted-angle thing down pat!

Susan: I love that show! In fact I was so enthusiastic about it, Dave was inspired to get me my own detector.

E: I think all kids love photos, especially when they're in them!