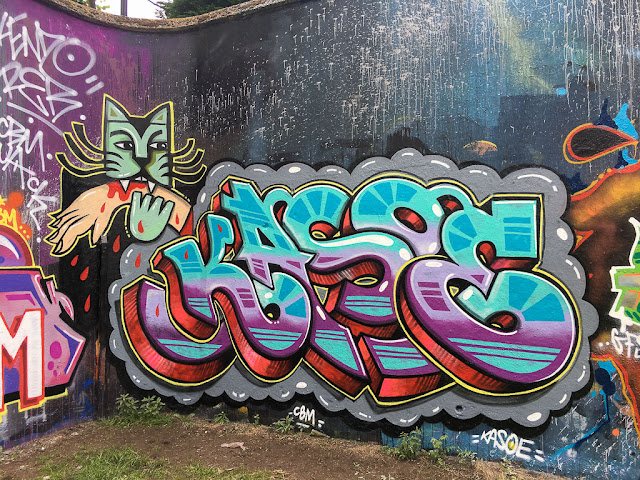 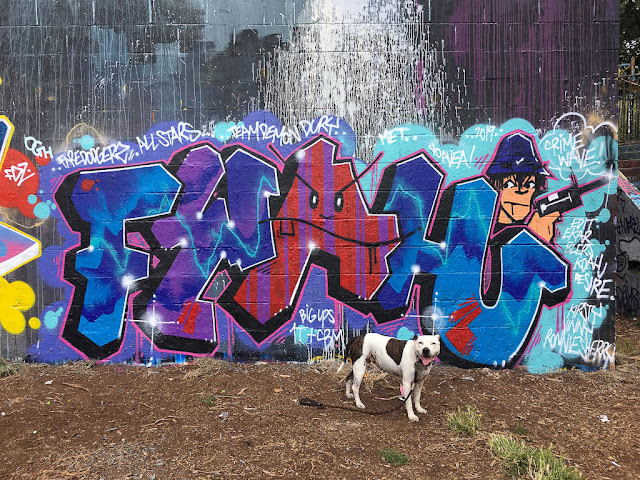 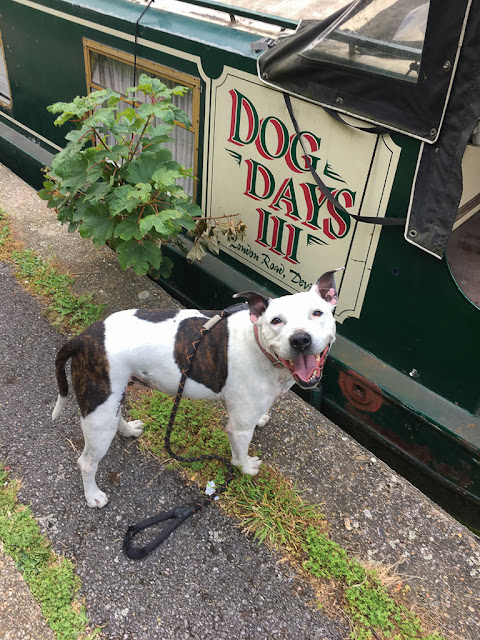 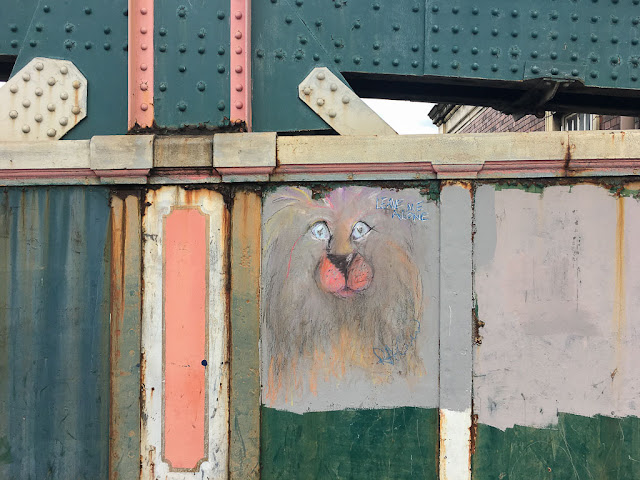 Have a lovely time across the pond!

"Meanwhile Gardens" struck me too.
Hey! Are you here? Welcome to sunny Florida where the orange trees never stop blooming and the palm trees sway in the tropical moonlight.
Hahahahahahahaha!
I sure do wish our timing had been better in regards to our trip over to St. Augustine. Let me know if you get a window of opportunity to come over this way. We would LOVE to see you.

colorful graffiti but I can never tell what it says, names I know it's the artist's tag but still it's hard to make out distinctive letters. grass got mowed here too yesterday.

With effort , after a while, you will find the best solution for a problem. Remember this electrician. You might need him again.

good job finding an electrician that did all of that fixing! What a find! Florida at this time of year, must be an emergency? That style of graffiti looks like early 90's style. Retro already! Time just keeps on slipping! Have a safe journey.
I have read that changing a dog walk frequently gives them more to think about and is better for their brains. Just like humans. Her brain had to process, I reckon.

Very cool that you were able to find an electrician to come and do that repair work. Excellent. Love that graffiti. So incredibly colorful. Looks like a nice walk with Olga there.

That graffiti is very well done and quite colorful. Safe travels to Florida! I don't envy you that long plane ride. Having just done it, I feel like the space gets smaller each time I fly a long haul. That won't stop me though. I'm already thinking about my next trip to London.

My blog attracted that same hacker (above) but I was able to delete him before it ever posted. Slime, I says.

Olga really does look like she's enjoying the boat name joke :) That's such a great shot of her.

Have fun in Florida!