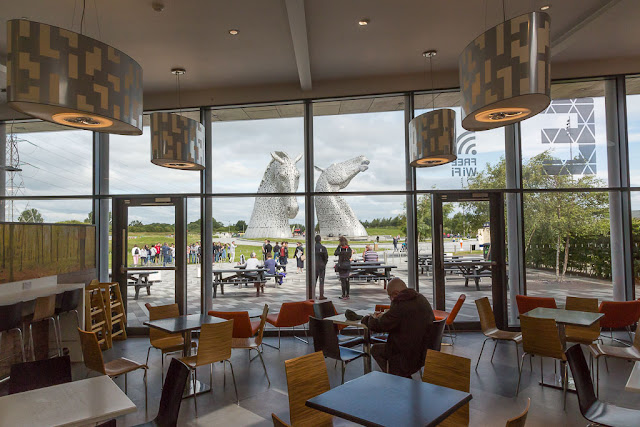 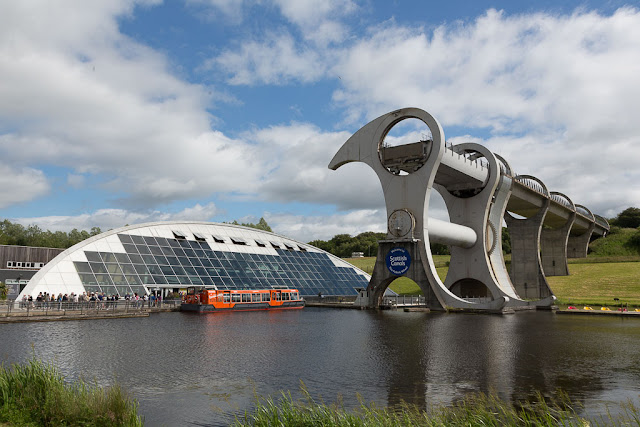 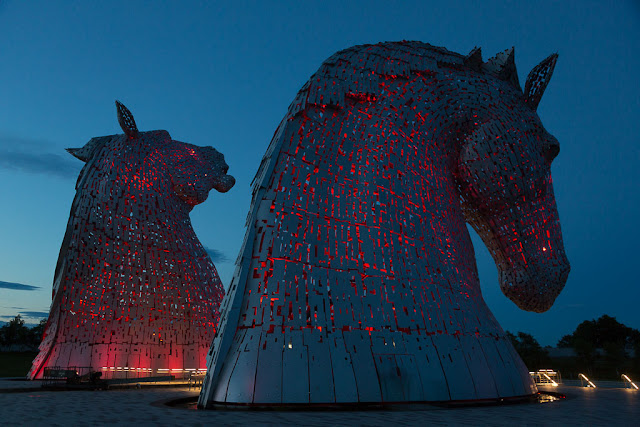 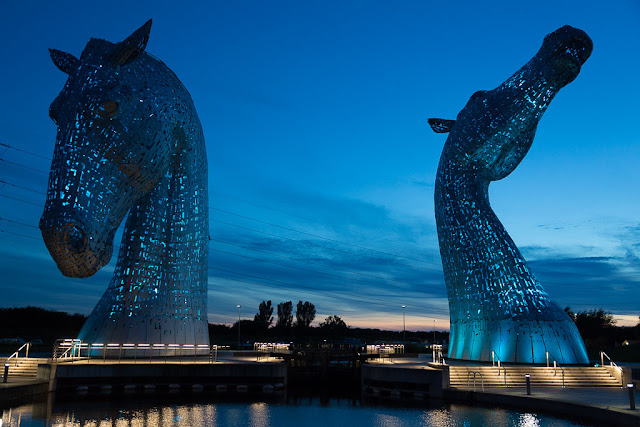 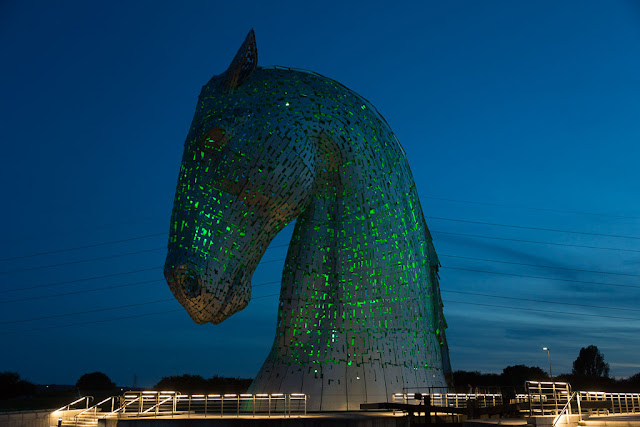 Oh this looks like my kind of holiday and it seems the weather was kind to you both. Would love to see those horses heads in real life. Enjoy the rest of your hol.
Briony
x

Thanks for the trip on the Falkirk Wheel. I have seen it before on a TV prog. but they didn't film from a boat actually on it!
Also, the Kelpies are fab. I have seen photos of them before, but not all lit up at night. Beautiful.

Both the Kelpies and the wheel were completely new to me. Thanks for the informative description, the beautiful photos, and the great video! Happy 4th to you both!

More great kelpie pictures and I appreciated the video too.

I lived in Scotland for four and a half years and I never witnessed even one pub or hotel customer ordering a martini. When in Rome do as the Romans do and when in Falkirk do as the Falkirkians do. Six pints of heavy, a double whisky and then a fish supper as you stagger home.

Mr Pud is right......you are obviously too " posh" for Scotland !!
Was it a couple of staffies on the bank in your video?

If I ever get to Scotland, you've helped me with my itinerary. Love the Kelpies Fabulous photos

After watching the video and reading your description I still am clueless about how that thing works.
Baron and Duke are amazing.
And sadly, Mr. P. is probably correct- forget the martini. Or else yeah- ask for a four-shot one.
Now for the coffee- that's a whole other subject and I think I'd be miserable.

I'm loving your pics of the Kelpies!

It's easy to see why you would travel hear as these two features would be very interesting.

even with the video I couldn't see how that thing worked. weak martinis and weak coffee. I ordered a vodka tonic with lime when I was in Scotland. they wanted an extra £2 or 3 for the sweetened lime juice.

I love seeing those Kelpies. Baron and Duke are so beautiful.

I'm fascinated by the video of The Wheel. But Dave does not appear to enjoy being part of the movie.

Oh wow such an interesting post. Thank you for sharing all the info and sorry about the bad drinks.

Awesome video nice soundtrack as well enjoy the rest of your stay.

Well I must say, I'm very impressed. That Wheel thing is pretty amazing. I also love all your night time shots of the horses. What an interesting place. Sounds like they could use a few good bartenders but, there is certainly a lot to see and experience.

The boat lift is SO COOL - I saw what you meant about the speed when the person went by on the floaty device - lol. The part with Dave made me laugh.

Those Kelpies are gorgous with the lights. Amazing. And that four-shot martini's going to cost you, isn't it!

The Kelpies look amazing! Day and night! By the way, you should give the Trollope novel a go, I think it's my favourite of his and I've read loads of his books. If you get into it, you can also watch the utterly fabulous miniseries they made sometime around 2000, starring Shirley Henderson (Britain's best quirky actress, imo) and David Suchet along with lush sets and costumes. Heaven on a (period) stick!

The Kelpies area magnificent, both night and day.
And the Wheel is quite a feat of engineering - the video helped...
And fer crying out loud!! You're in Scotland now. Martinis? See what Pudding said about Rome. Maybe you can find a decent glass of wine...
Alphie

Glad you made it to the Kelpies...and thanks for the night shots, we've only seen it in daylight so far