An Upgrade, and Lee Krasner 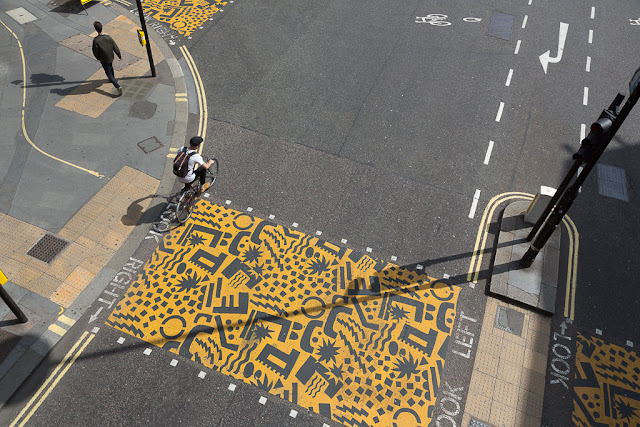 A couple of weeks ago we got a flyer in the mail from our internet provider, offering us a deal to speed up our service. Woo hoo! Our internet was really slow, and we had to run a long cable from the front of the house -- where the phone jack is located -- to the living room to keep the router close at hand. It wasn't the best situation. So we jumped at the chance to upgrade.

We got a new "hub" in the mail to replace our old routers, which I shipped back for recycling. And yes! It works so well we could remove the cable running through the house. No more trip hazard!

The downside, though, is that our "Olga cams" -- the household cameras we installed to keep an eye on the dog during the day -- no longer work. I have tried and tried to connect them to the new router without success. Yesterday I even erased the app from my phone, reset the cameras, reinstalled the app, re-added the cameras and nada.

Looking online, I see that others have had this problem, but fixing it has involved some combination of playing with the advanced router settings and an alphabet soup of technical terms and abbreviations, which I don't understand and don't want to wade into. So for now, no Olga cam.

I decided to spend my time gardening instead, and yesterday did some weeding and pruning. I cleaned up the pots at the corner of the house where the passionflower vine lives -- they were full of weeds and spent annuals, and I pulled all that out (leaving the vine, obviously) and added some fresh soil and topped it off with a layer of pebbles to hopefully prevent the weeds returning.

Then, in the afternoon, I went to the Barbican to see the Lee Krasner exhibit. (Every few days it's good to have a reason to get out of the house -- to change clothes and shave!) Krasner was a New York artist who for years was best known as the wife of Jackson Pollock. In the last few decades her art seems to have attracted more attention in its own right, and with good reason. She was an energetic, creative painter of lively, colorful canvases.

I went to see a retrospective of her work at the Brooklyn Museum in January 2001, and I wrote in my journal at the time that my favorite painting was one called "Milkweed." 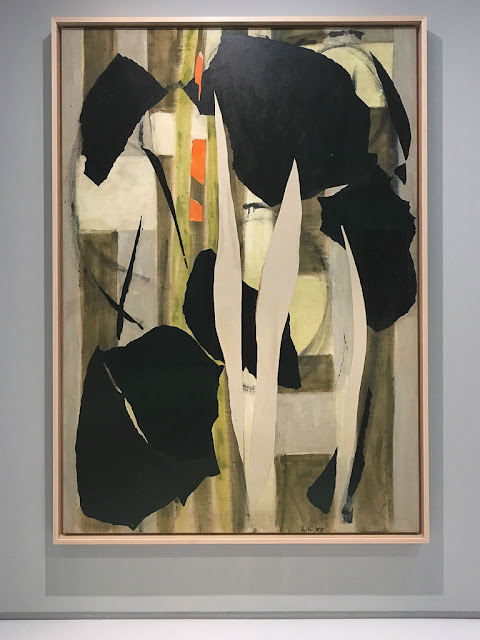 And at the Barbican yesterday, there it was -- "Milkweed." Funny to think I've seen this painting twice, on both sides of the Atlantic and 18 years apart! When I last saw it, 9/11 hadn't even happened yet. It was another world.

By the way, that painting is easily as tall as I am (six feet). Probably taller, actually.

Last night, inspired by the show, I watched the 2002 movie "Pollock," with Ed Harris and Marcia Gay Harding, which tells Pollock's and Krasner's story. I saw it in the theater when it came out, and it was well worth a second viewing. It's enough to make a person want to stop drinking.

(Top photo: Artsy crosswalks near the Barbican tube station.)
Posted by Steve Reed at 7:07 AM