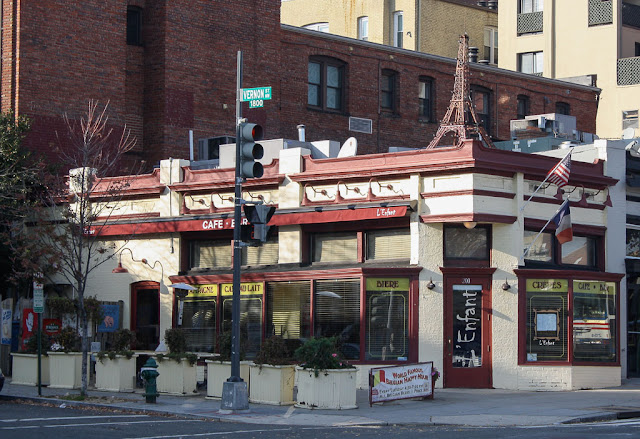 I took this picture in November 2010, which I believe was the last time I visited Washington, D.C. I came across it the other day while combing through my photo archives for something else. As far as I can tell, I never used it -- never put it on Flickr, never blogged it. I guess I wasn't that crazy about it. But when I found it again, I thought, "Hey, that's a little slice of history! I should blog it after all!"

So here you go.

L'Enfant, the restaurant in the picture, no longer exists -- at least not at this location. The building is now occupied by a place called Lucky Buns. But they kept the little Eiffel Tower on the roof, which I'm sure is what made me take the photo in the first place.

In other news, remember that mysterious book of Edward Gorey stickers I got in the mail a few weeks ago? Well, I think I've solved the mystery. It's not a particularly happy story, but here goes.

About a month ago, on Sept. 6, I ordered a rare paperback book on Amazon from a third-party seller. The book, called "The Story of Harold," is a 1970s novel about a bisexual children's book author -- and it was written under a pseudonym by George Selden, the famous children's book author responsible for "A Cricket in Times Square" and "Tucker's Countryside," among others. (Write what you know, as the experts say!) I was a fan of Selden's books as a kid and I've been looking forward to reading his adventurous attempt to write for adults.

Problem is, it never arrived. I was told it should be here by October 8, and I've been patiently waiting. I went online yesterday and, looking more closely at the order, realized that "The Story of Harold" is illustrated by Edward Gorey!

This cannot be a coincidence, right?!

I'm not sure what happened, but I suspect the Gorey sticker book was somehow substituted for my order. This is a problem, because "The Story of Harold" cost me £36 (you can debate the wisdom of my spending that much on a paperback, but never mind) and the Gorey sticker book retails at about £5. Also, the sticker book came from an English bookseller, and I ordered the Selden book from a seller in the United States.

To make matters even more interesting, "The Story of Harold" is still listed on Amazon by the same seller, at the price I paid!

Methinks something fishy is going on. I wrote the seller yesterday, asking for an explanation. We shall see what happens. 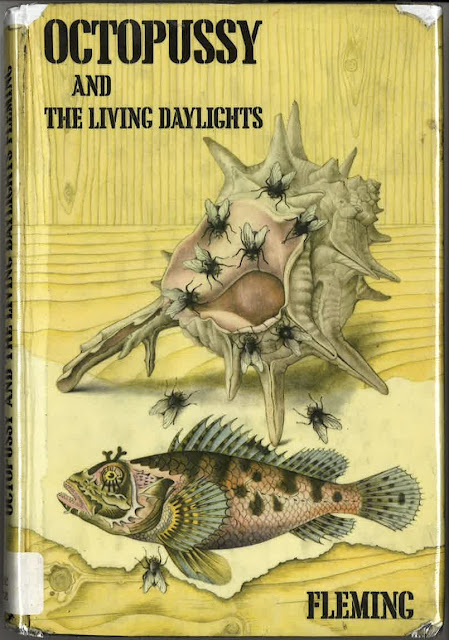 Speaking of old books, here's another gem that recently came to light on the shelves in our library. One of the other librarians wanted to weed it, along with several other Ian Fleming books. I said, "NO! They're James Bond!" I mean, classics, right? So back on the shelf they all went -- but not before I scanned this cover. It's a 1966 book, first checked out from our library in 1975. (The rest are all more modern paperbacks.)

I've never read an Ian Fleming book, I must admit -- maybe I should make that a goal. They're probably wildly sexist and inappropriate. But for better or worse, I do think they fall under the heading of culturally significant.

Last night, as I walked to the tube station from school, it started pouring rain -- and of course I didn't have my umbrella. Fortunately, when I got to the station, I saw this sticking out of the trash: 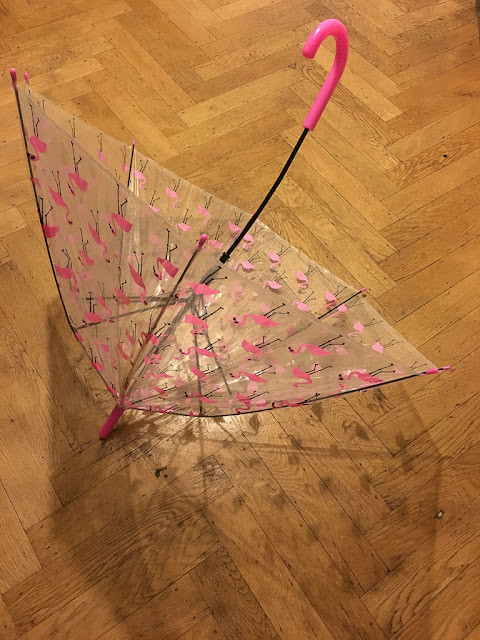 Yes, I'm aware it's an umbrella suitable for an 8-year-old girl, and it's also broken. But you know what? I don't care. I used it to get home, and I'm sure I looked ridiculous -- but I was more or less dry! I may just take it to school, where we can save it for future precipitation-related emergencies.
Posted by Steve Reed at 7:44 AM