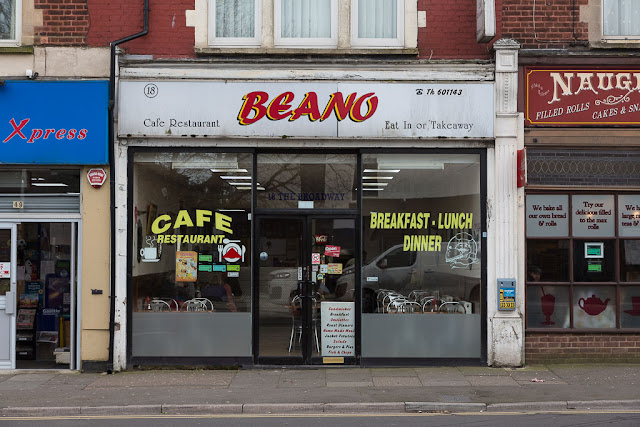 Remember how I said it seemed the only place I could use my metal detector was on the beach?

Well, I've come to the beach.

I took the train to Broadstairs yesterday, where Dave and I visited a few years ago. I'm shacked up at the same little hotel, in fact -- me and my metal detector. This time around, Dave, not wanting to be part of this thrilling opportunity to encounter riches beyond measure, stayed back in London with Olga.

When I first got into town yesterday around 1:30 p.m., I had lunch at the little cafe above (a vegetarian English breakfast, actually). I then walked 30 minutes or so to Botany Bay, the area where I'm staying. 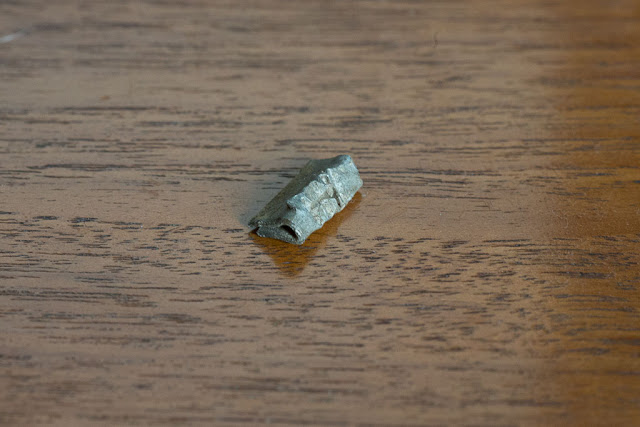 I should preface all this by saying I experimented with the metal detector on Monday afternoon in our garden. I'm still trying to learn which settings to use and which tones to listen for. This was the one object I found -- I'm not sure but I think it's a folded chip of aluminum. So exciting -- NOT.

I thought sure on the beach I'd have better luck. I mean, so many people gather there -- granted, not at this time of year -- and aren't coins and jewelry routinely spilling from their hands and pockets? 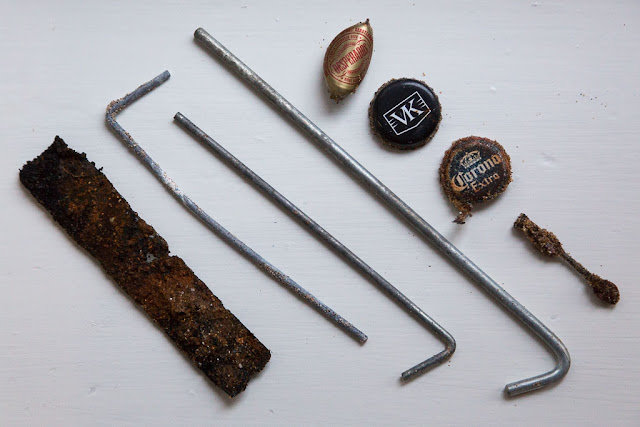 Apparently not, because this is all I found after two hours of beach detecting. I scanned with my detector for so long that my right arm became weak with muscle fatigue. I could barely hold my camera to take this picture. (That's an old rusty nail at lower right.)

I thought I might at least find a penny or two, to offset the cost of this £150 trip. As I told Dave, though, all joking of riches aside, I don't expect this to be any kind of profit-making venture.

The detector is still a bit of a mystery to me. Sometimes it beeps and I can't find any cause. It doesn't seem impossible that some of the beach rocks may have iron in them -- would that cause it to react? Or am I just overlooking my real target?

Anyway, I'm going to go out this morning and try some more before I head back to London. I'll let you know how it goes. I think I may be the world's worst detectorist. 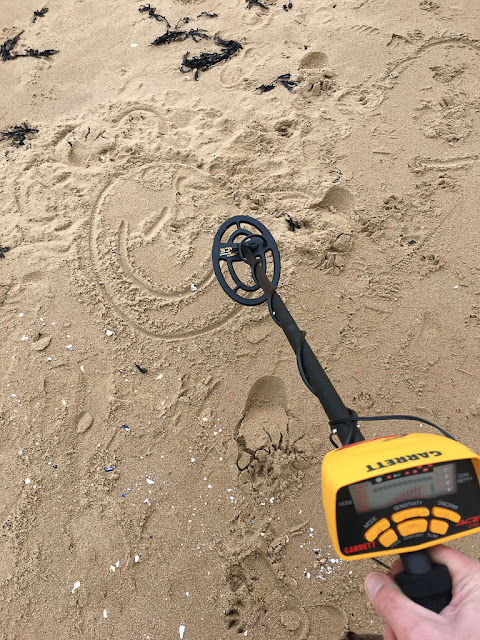 At least it's kind of fun. It gives me an excuse to walk the beach!
Posted by Steve Reed at 6:26 AM