A Memorial, a Broken Bottle, and a Lavender Patch 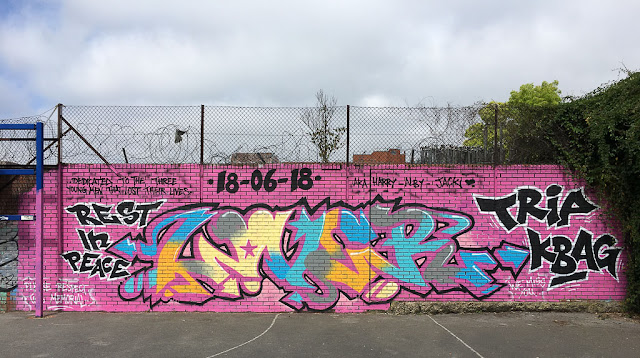 Today, another random collection of photos from my recent wandering.

First, this large graffiti mural recently went up around the corner from our flat, in memory of Jack, Alby and Harry. I wondered who they were, so I Googled the names, and it turns out they were three young graffiti writers killed by a train while painting on a rail line in South London a few weeks ago. What a sad story! RIP, boys. 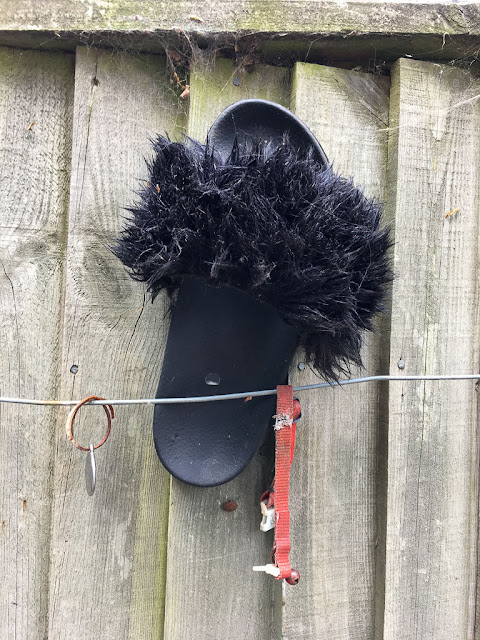 In a lighter vein, this slipper is among the lost key rings and dog collars displayed on a fence on Hampstead Heath. It seems like wildly impractical footwear for a walk on the Heath, but who am I to judge? 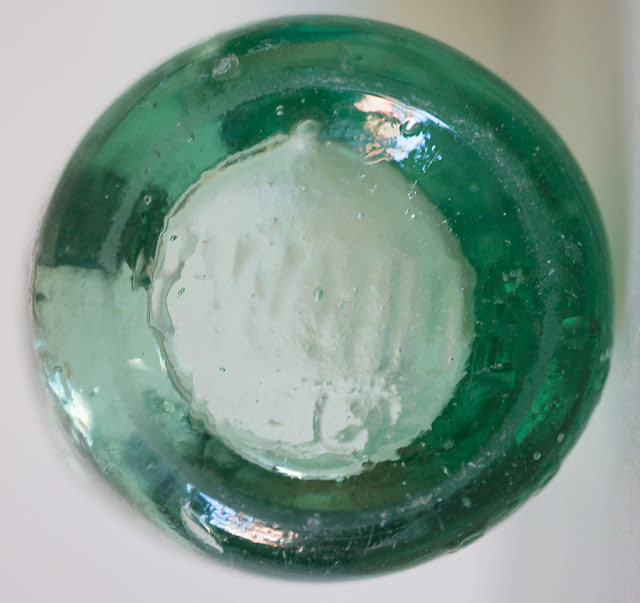 You know I'm a fan of old bottles. I found this -- actually just a piece of a bottle, the bottom half -- on Sandy Heath. It was a remarkable piece of glass, about 1/8 of an inch thick, heavy and full of interesting bubbles. As you can (barely) see from the bottom, it's another R. White bottle, probably from lemonade. But I didn't keep it, because it was dangerously jagged. I recycled it. 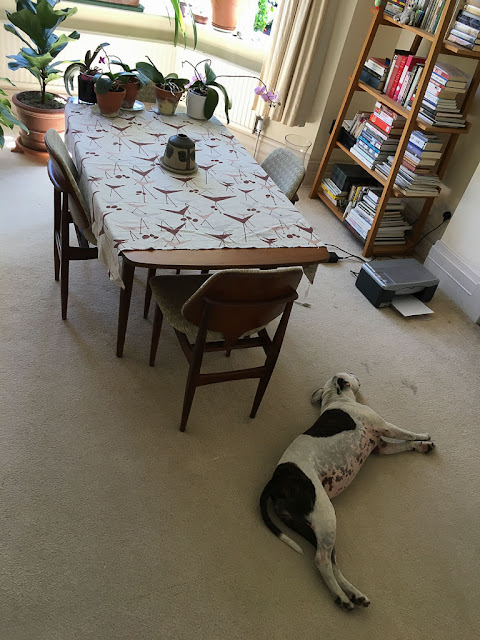 The piece of vintage 1950s barkcloth that blog pal Linda Sue sent us looks great in our dining room! The old skanky carpet, however, is another matter. The spots predate us. We've been trying to get our landlord to replace it since we moved in, but so far, no luck. 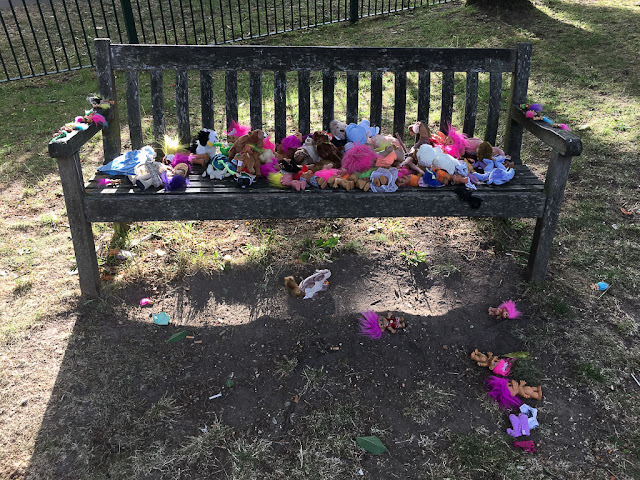 I found this bench full of discarded Beanie Babies, trolls and other toys at a playground while walking Olga. When we passed the next day, only the trolls remained. Hopefully someone will claim them. 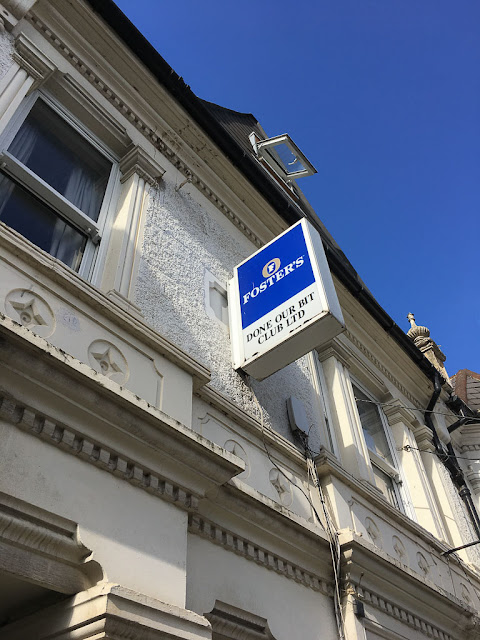 The "Done Our Bit Club" is a social club for veterans in West Hampstead. It's on a street lined mostly with houses. It looks like a quirky little place. 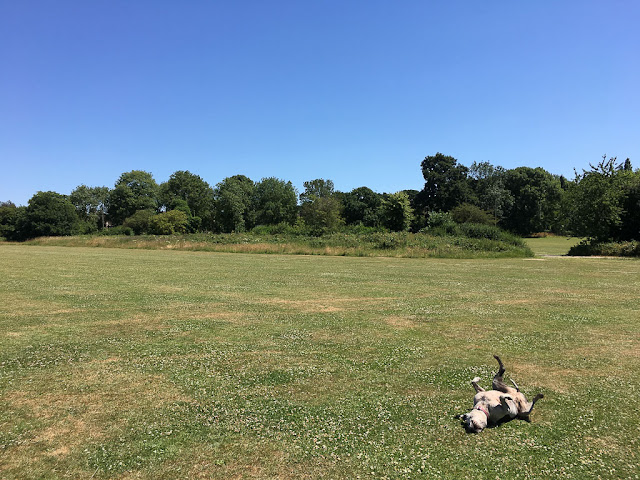 Olga enjoyed her visit to sunny Hampstead Heath on Saturday! 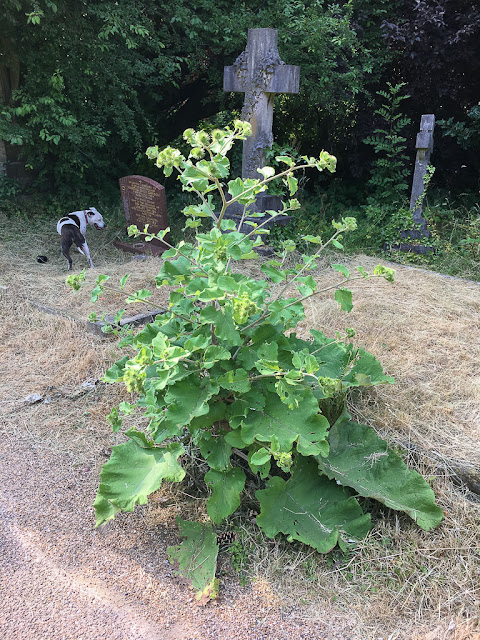 And then yesterday we went to the cemetery. Here's the burdock I photographed several weeks ago with my foot in the shot -- it has bloomed and now it's going to seed. I love these plants -- so huge and imposing. You can see how dry it's been by the state of the grass! 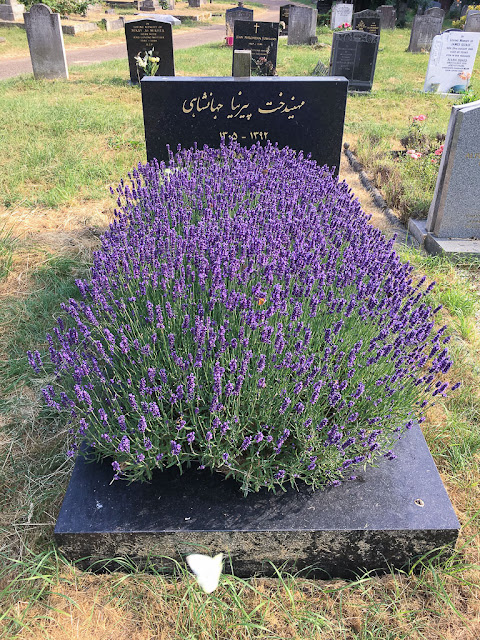 And finally, a grave beautifully planted with lavender. The bees and butterflies were all over this lavender patch -- you can see a fluttering cabbage white there in the foreground.

Dave is home safely -- yay! He spent most of yesterday sleeping, recovering from his sleepless transoceanic flight, but we did catch up on all the family news. He also filled me in on his conference, which sounds like it went better than he thought it might. It's good to have our little family unit together again.
Posted by Steve Reed at 7:01 AM