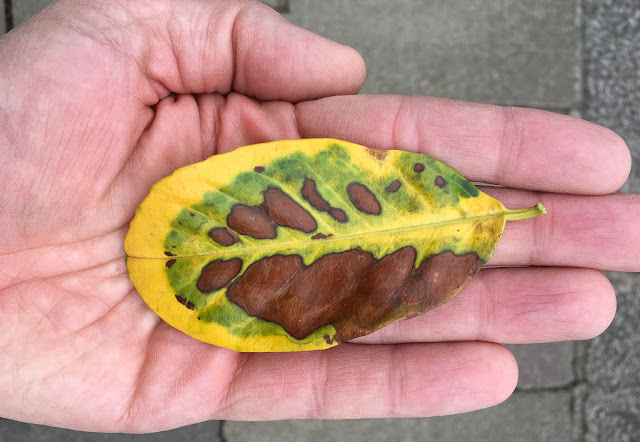 Olga and I were walking in Cricklewood yesterday morning when I spied a woman coming toward us on the sidewalk. She appeared to be singing and swinging a handbag and even doing a little dance or skip. She was in a very good mood.

As she got closer I realized she was part singing, and part talking to herself. Brown hair, mid-40s, long gray sweater, a little rough around the edges. When she came close to us, she looked me in the eye, put her hand on my arm, and said:

"I used to ride horses. I'm a transsexual kind of bitch."

And then she kept going. Some workmen were nearby on a road project, and they all laughed. Every once in a while I'd glance down the sidewalk and she danced all the way to the corner, and even turned and did a little finger-in-the-air Travolta pose before turning onto the next street.

OK, I know it's mean to make light of someone's mental illness or drug abuse or whatever, but still. I admit it. I was amused. When I came home and told Dave about it, he said, "Well, you've got your blog post for tomorrow." 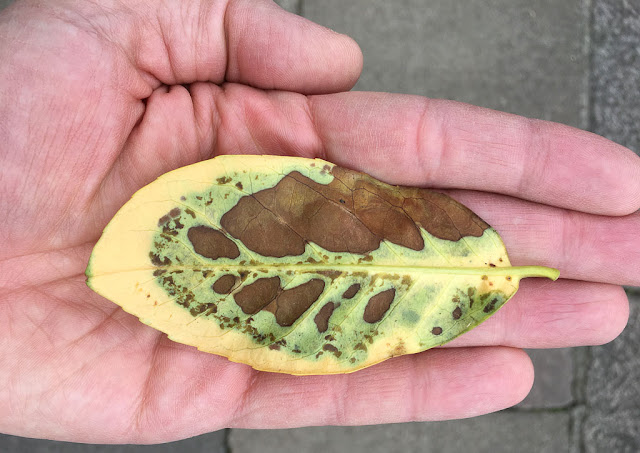 I spent the rest of the morning weeding the garden and planting more seedlings. We have a terrible weed here called dock that is a nightmare to control. It grows everywhere from seeds that can remain viable in soil for years, and it develops a long taproot like a carrot. You've got to remove the root or the weed will just grow back, and it's very hard, if not impossible, to pull up. You've got to dig it out.

So that's what I was doing. I think we had about a thousand dock plants out there. Now we have approximately 978. (You can appreciate the enormity of the task.)

That leaf in the photos, by the way, is not dock. It's just a cool leaf I found on the street.

I also planted a bunch more seedlings, and I have still more to go, although I'm seeing the light at the end of the tunnel. I think we're going to give some of the hollyhocks to a co-worker of Dave's who just got a new place with a garden, and I may give some to my friend Sally too.

I thought Olga would be happy after our long morning walk, but she began getting squirrelly in the afternoon so I took her to the Heath. I felt like hell after working in the garden but we managed to get through OK -- we were both dragging by the end. She's been asleep pretty much ever since. As I always say -- my objective is to exhaust the dog!
Posted by Steve Reed at 7:27 AM