First Rose, and Other Garden Updates 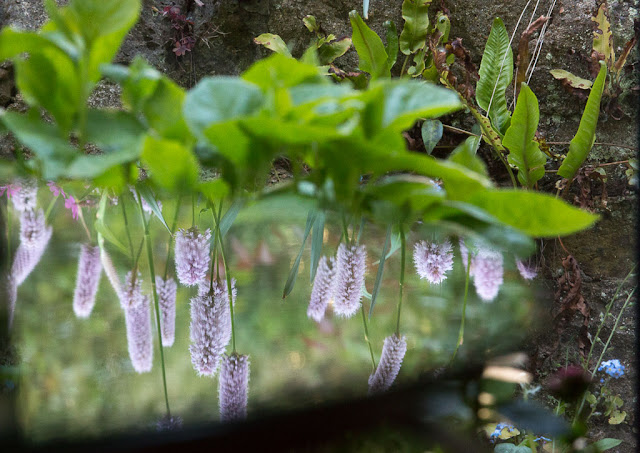 Just a little gardening news today, to take our minds off worldly concerns -- which is what a garden is for, right?

First, a picture of the pink persicaria flowers reflected in a glass tabletop in our living room. That's the Chinese lantern plant just behind it -- even though it's out of focus, you can see how bushy and vigorous it is! As I was mowing the lawn last night, I noticed this little plant at the edge of one of our flower beds. I think it's a poppy. What it's doing there, I'm not sure -- it may have come over on its own from Mrs. Kravitz, because she has purple poppies in her yard. If that's what it is, I'm glad to have it!

I planted some poppy seeds in other parts of the garden, but they're a different variety and some of those have sprouted too. So hopefully we'll have a few different colors of poppies later in the season. 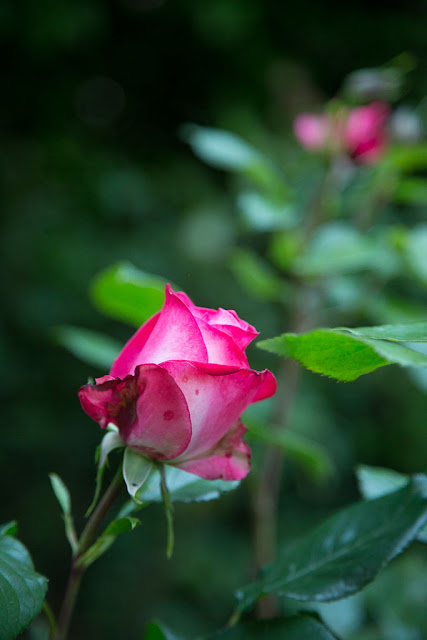 Our first rose has appeared, one of the nondescript pink ones. (As you can see, there are several more coming right behind it.) 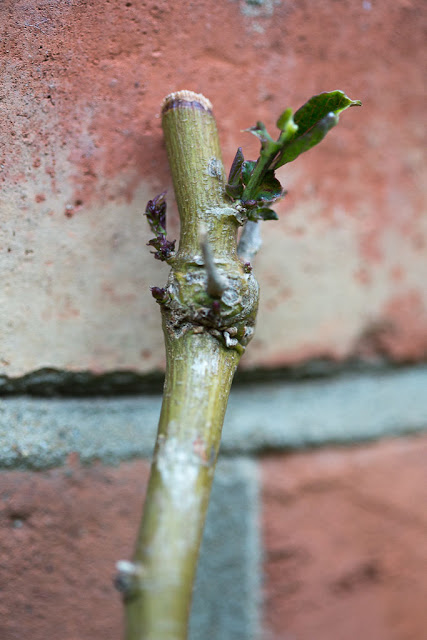 And the biggest garden story of the day -- our passion flower vine is NOT DEAD! Remember how I severely cut it back last winter? It seemed utterly lifeless and we'd given up on it -- we even seriously considered dumping the pot and starting over -- but yesterday I found little green sprouts emerging. Whew! I am so relieved. I like that plant and I felt guilty for my radical pruning job. It may not bloom this year, but that's fine -- now it's only a matter of time.

Time heals everything! (Isn't that a song?)
Posted by Steve Reed at 6:42 AM