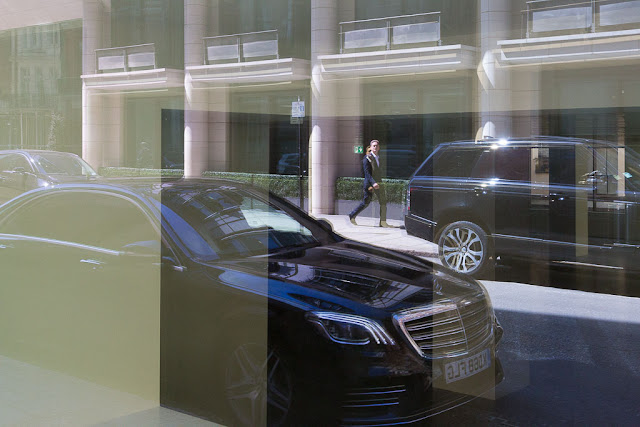 Well, yesterday was a busy day, although I feel like all I did is eat! I worked the first half of the day, until about noon, and then I took the tube down to Mayfair, where my stepmother, June, was checking into a fancy hotel for a few days after a cruise around Spain and Portugal. We met up and had lunch at the Hard Rock Cafe, purely because it was next door and we were both starving.

Visiting the Hard Rock was a bit nostalgic for me, because I last went there one night in April 2000 with my friend Arthur on my first trip to London. Here's what I wrote in my journal at the time:


We wound up at the Hard Rock Cafe, where the waiters performed an amusing trick -- one sprayed whipped cream onto the shaved head of the other, topping it off with a swizzle stick. They did that trick twice, and I was there for only two beers!

June and I did not see that trick yesterday afternoon. I guess the lunch vibe isn't as wild. 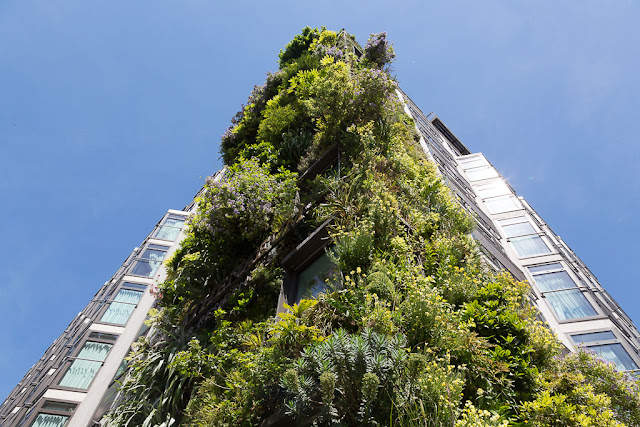 This is the nearby Hotel Athenaeum, with its lush living wall, towering over Piccadilly like a green mountain.

Anyway, our hunger satiated by very messy pulled pork sandwiches -- I wound up wearing some of mine -- we took the tube up to St. John's Wood and I gave June a brief tour of the school where Dave and I work.

Then we continued to West Hampstead, where we had coffee at Cafe Nero and watched the parade of people on the High Street before coming to our house for gin & tonics in the garden with Dave. We sat out until it got too chilly. (And what is up with this weather -- we had lots of sunshine yesterday but it had to be in the low 40s F last night!) June said it was nice to see the garden in real life after reading so much about it on the blog. It would have been even nicer if the squirrels hadn't completely destroyed our sage plant yesterday, breaking off all three flower stalks -- but never mind.

We went to dinner at The Petite Corée for Korean/European fusion food. It seemed more Korean and less European than the last time Dave and I went, but it was still yummy. 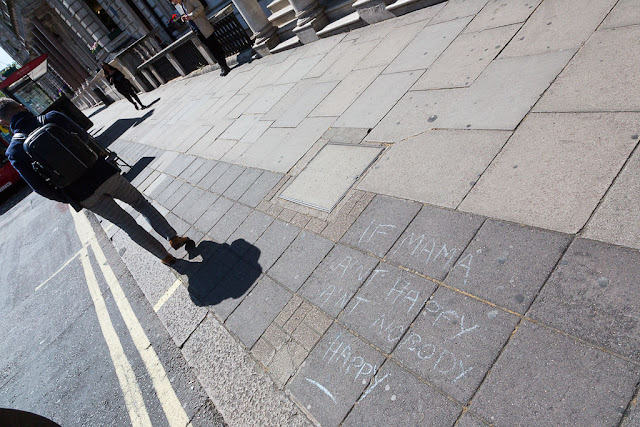 Someone wrote this amusing message on the sidewalk near Green Park. Apparently it's the name of a country music song.

Anyway, after dinner June took an Uber back to her hotel, and Dave and I watched an episode of "Six Feet Under" before collapsing into bed. Today, back to our normal schedule!
Posted by Steve Reed at 7:15 AM