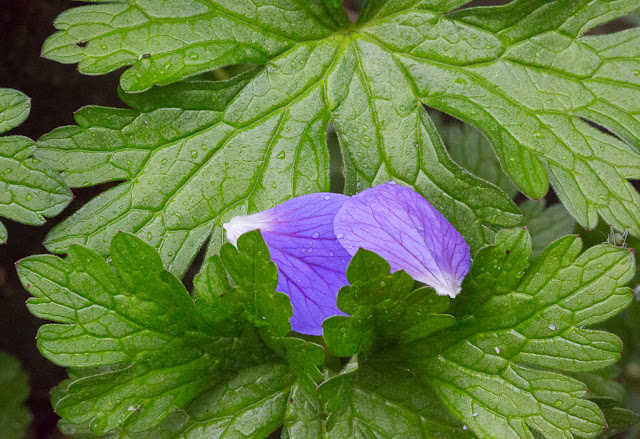 Dave and I went to a surprise birthday party yesterday for our friend Sally, who I met many years ago through blogging. She was turning 60, and her husband and daughter pulled together this event, inviting friends from far and wide to their home near Greenwich. Her father came up from Sussex, a school chum came from Newcastle, there were little kids and friends of friends and lots of food and an elaborate cake. Sally was none the wiser.

Dave and I brought prosecco and flowers and cheese and crackers and I took Sally a few hollyhock and honesty seedlings from the garden.

But alas, the surprise was on us, because Sally hadn't been feeling well all week and yesterday her cold turned into something hideous that robbed her of her voice, required painkillers and confined her to bed. The poor thing! What an awful situation. She came down and said hello to us very briefly, in her bathrobe, and then disappeared back upstairs. We never saw her again, even when we left after a few hours, and only later that afternoon did Mike (her husband) text to say they'd gone to the A&E at the local hospital -- the equivalent of the emergency room! I don't yet have an update for what happened after that, but I felt so bad both for Sally and for Mike and their daughter, having put so much work into the party.

Dave and I looked around her garden while we were at her house, and wouldn't you know it, she already has a ton of both hollyhocks and honesty. Oh well. As I told Mike, maybe some new plants will boost the genetic health and diversity of what they've already got! 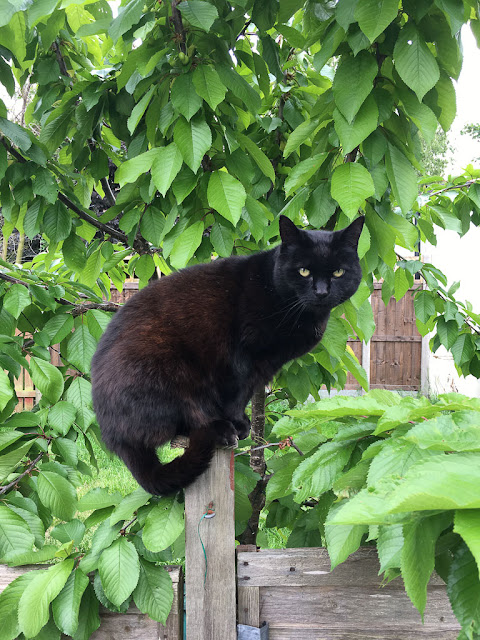 Here's their cat Logan, defending their garden. Logan was not in favor of that whole party plan.

Anyway, after Dave and I came home, I took a nap and read. Later we had a friend from work over to watch the Eurovision Song Contest. As you may remember, this has become an annual ritual with us -- watching (and mocking) the glittery sequins and over-the-top performances. This year's contest was pretty tame, overall. The Netherlands won with a song that didn't impress me all that much. I much more enjoyed Norway's clubby dance anthem and Sweden's catchy tune. I also liked Azerbaijan and Estonia. The most bizarre entry was undoubtedly Australia -- not bad, but so, so weird.

Apparently the rule at Eurovision is that you need to be either a cute young guy or a shiny, maquillaged diva -- or some combination of the two -- in order to compete. This is no doubt because Eurovision is the gayest thing on TV.

And poor Madonna! She gave a performance in which she proved that she can no longer sing. I can't even find it on YouTube. Yikes.

(Top photo: Fallen geranium petals in our garden.)
Posted by Steve Reed at 7:33 AM