A Rainbow Cake and More 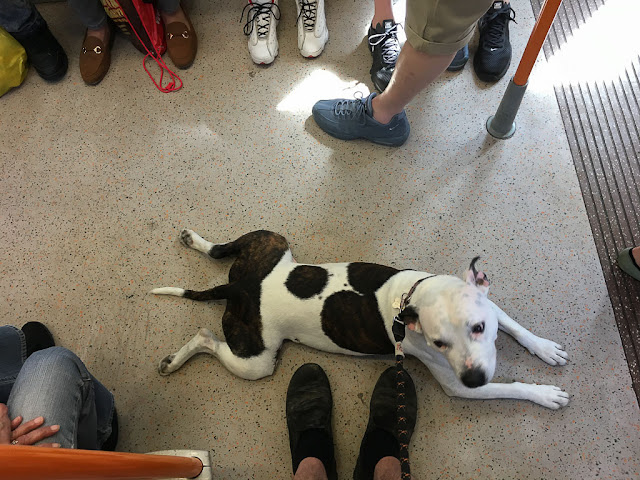 Here are some more miscellaneous pictures that have collected on my phone over the past few weeks!

First, here's Olga, lying on the floor of the Overground train on the way to Wormwood Scrubs. I heard a boy standing nearby say to his parents, "She looks like a chicken!" Dave says the same thing -- he calls this her "spatchcock" pose. I guess it keeps her belly cool. 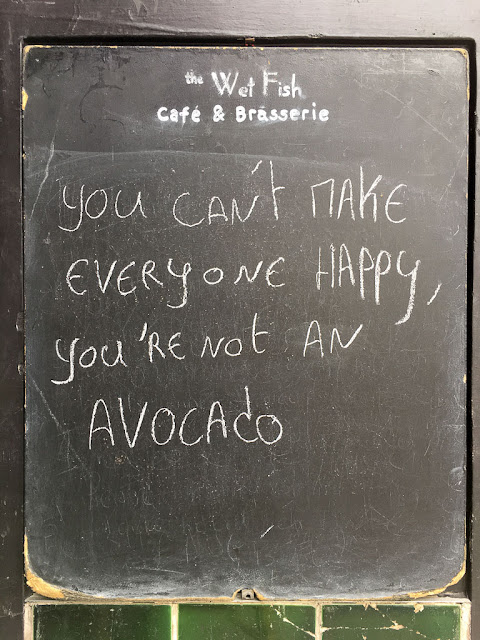 We saw this sign outside a cafe where we had brunch a couple of weekends ago.

I told him I thought it just meant that avocados please everyone. 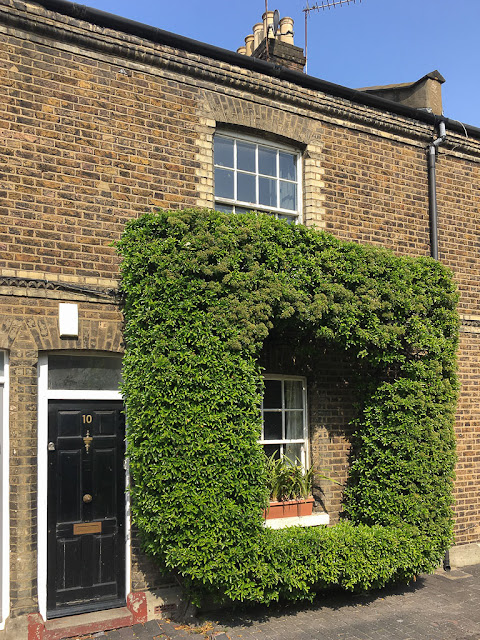 This ratty traffic cone stands under a tree on our street. The sticker says, "For charity -- do not move." We've all dutifully obeyed, but I'll be darned if I can see how that cone is benefiting any charity. 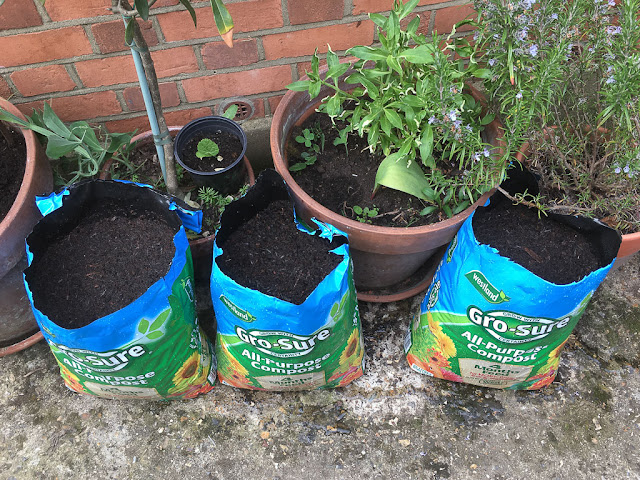 One of my co-workers gave us three seed potatoes so we could grow our own potato plants. I'm honestly not very enthusiastic about this project, but once he gave them to us I felt like we had to follow through. So I bought three 25-liter bags of compost, lugged them home and planted a potato in each bag. We'll see what happens. 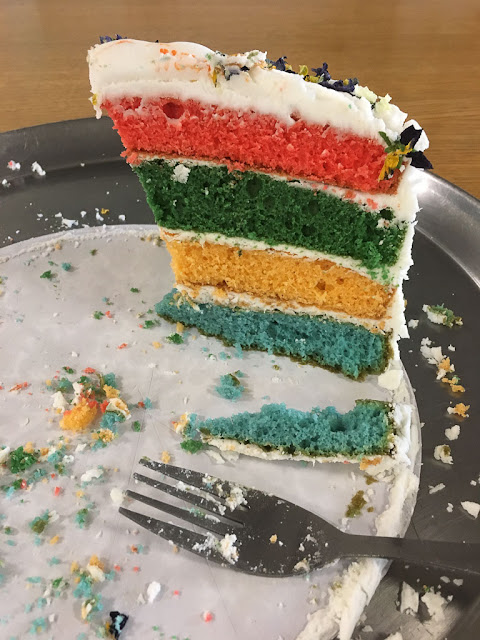 Someone made a rainbow cake and left it in the staff lounge at work. I didn't eat any, but it sure was colorful! 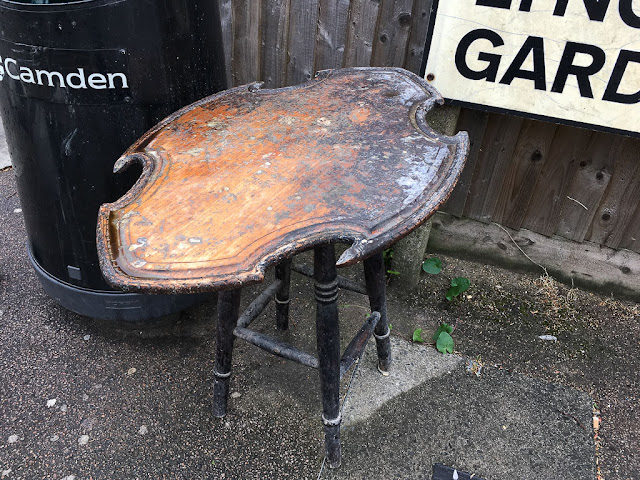 And now, for the free stuff! First, a weird table I found around the corner from our flat. Dave says those notches are meant to serve as umbrella stands. Apparently he learned that from going to antique stores -- which surprises me, because he hates antique stores. Anyway, I didn't pick it up, but someone did because it was gone a short time later. 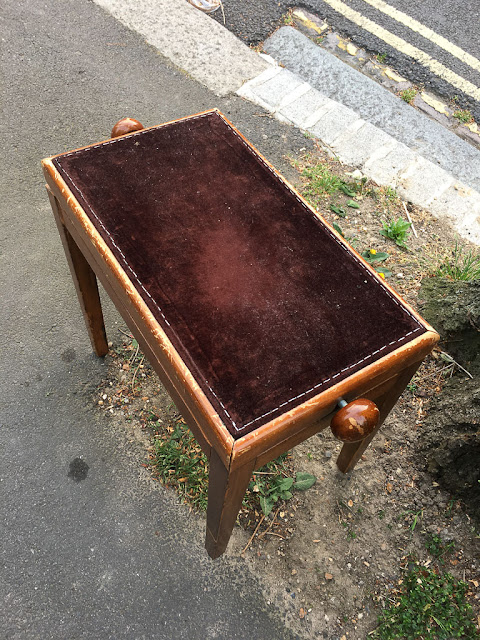 Another weird table (or bench?) abandoned on our street. What's up with those handles? 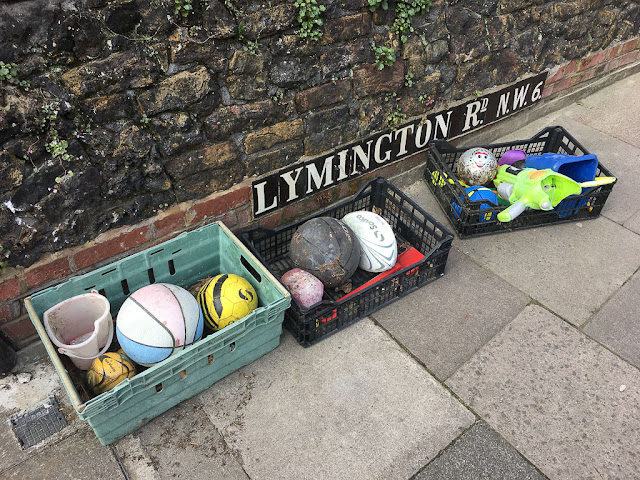 Finally -- free toys and random plastic junk! Olga might have gone for the balls, except that they were almost all flat. Which begs the question -- who would want them?!

PS -- I was really tempted to headline this post "A Spatchcock and Free Balls," but I just couldn't do it.
Posted by Steve Reed at 7:27 AM