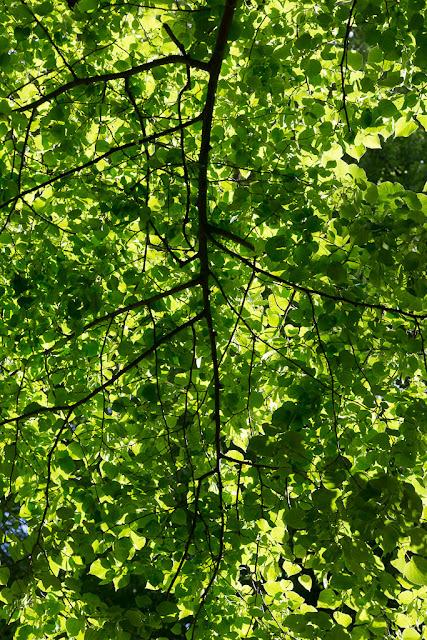 I couldn't endure another day without taking the dog on a lengthy adventure, so yesterday she and I went to the Heath. Unlike last weekend, she seemed more energetic, so we stuck to our regular route and even walked a bit longer than usual.

The sun poured down on the trees over our heads, illuminating the leaves. Don't those branches (above) look a bit like the veins in a leaf? It's almost as if all those little leaves came together to form one big leaf. Which I guess sort of is what happens. 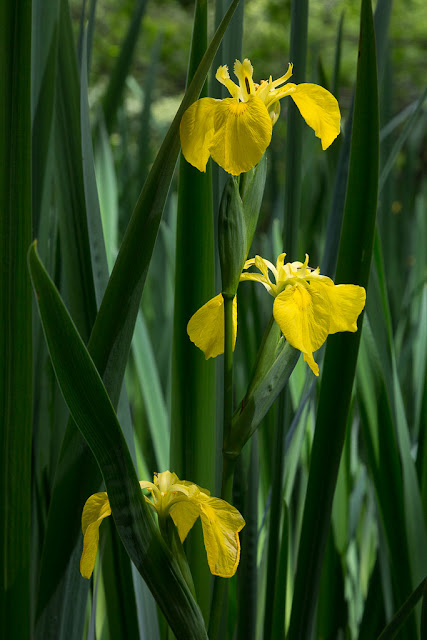 Remember the irises in the pond on Sandy Heath? A few months ago they were just sprouting, but now they're in bloom. Bees were buzzing in and out of their yellow throats. 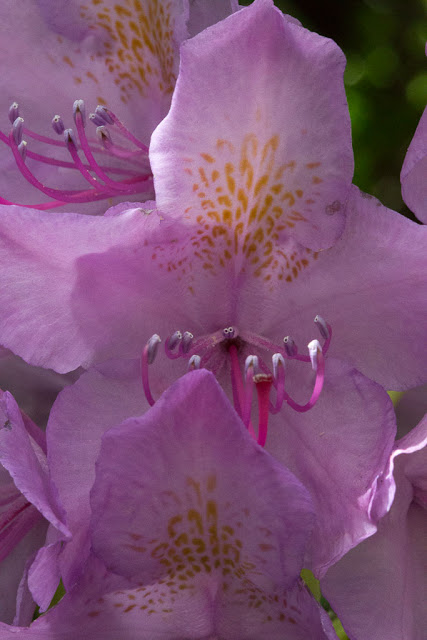 Some rhododendrons were blooming nearby. I think these are a different variety from the ones that appeared a few months ago, though they're in roughly the same place. 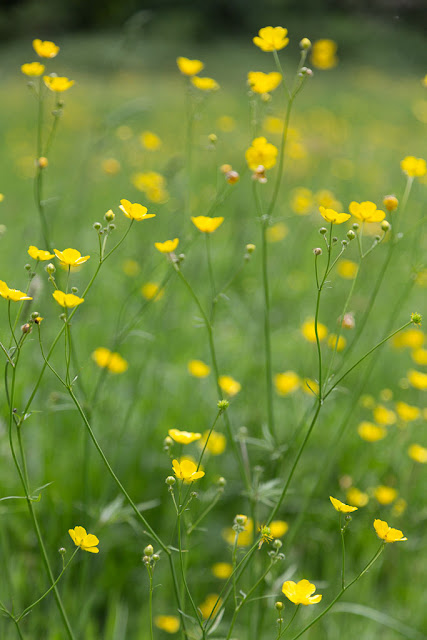 The fields were full of buttercups. 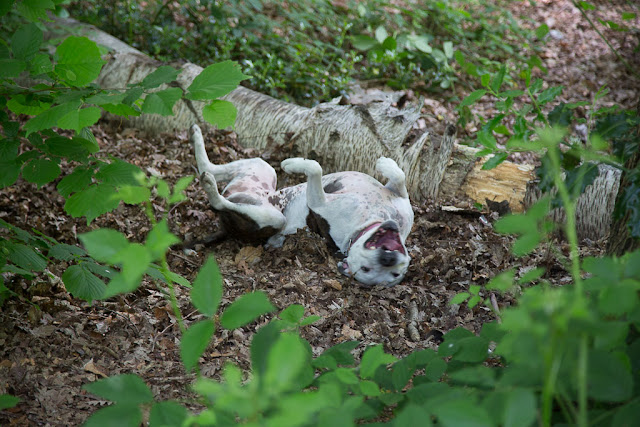 Olga didn't have fun at all, as you can see! She's been pretty much passed out ever since we got home. Even now, she's lying by my feet, snoring away.
Posted by Steve Reed at 7:25 AM