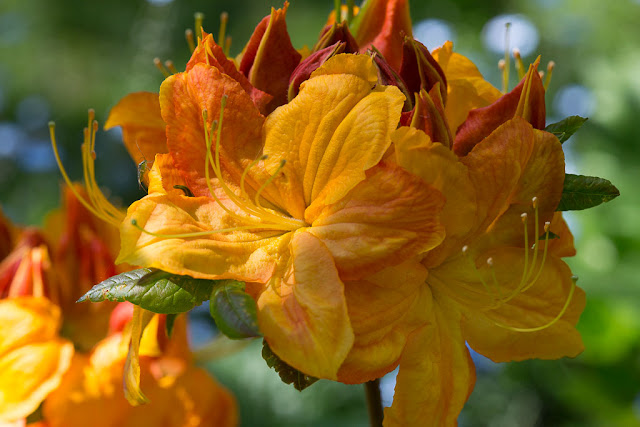 I spent all day yesterday at home, mostly working outside. I potted the rest of my seedlings, so they're all out of the seed trays now. I also re-potted a couple of plants that Dave bought -- another lupine and a delphinium -- and one of my dahlias.

Dave's azaleas are blooming away, as you can see. It wasn't until after I took the picture that I noticed that little greenfly on the left side of the flower. See him?

Oh well. We're a pesticide-free zone, so these critters are ubiquitous! 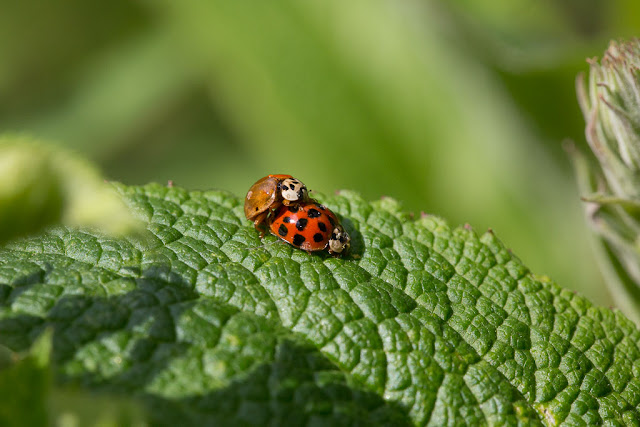 And here's the natural solution to greenflies and aphids. I assume they're mating...? 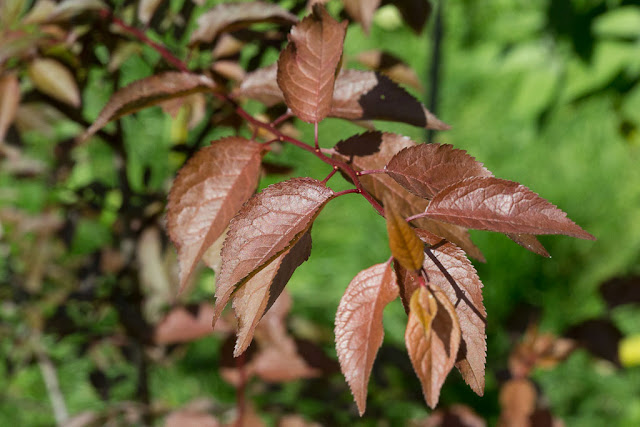 A few years ago I found a little twig of a tree in a pot with some bluebells and other plants, all being discarded in someone's trash. I brought the pot home and planted everything next to the birdbath. Now the tree is almost as tall as I am, and we have no idea what kind it is. I've tried to look it up online and my two best guesses are some kind of fruit tree (but it's never bloomed) or a copper beech. The latter would eventually be a problem because they get HUGE. Any ideas? 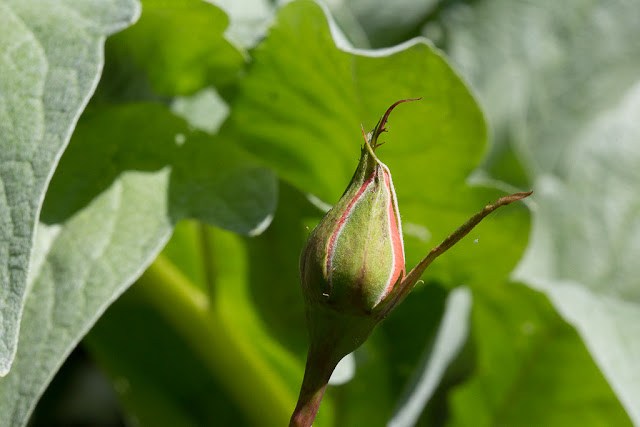 Our roses are about to bloom. Lots of buds but no flowers yet. This one didn't bloom at all last year so I'm glad it's apparently happier this season. 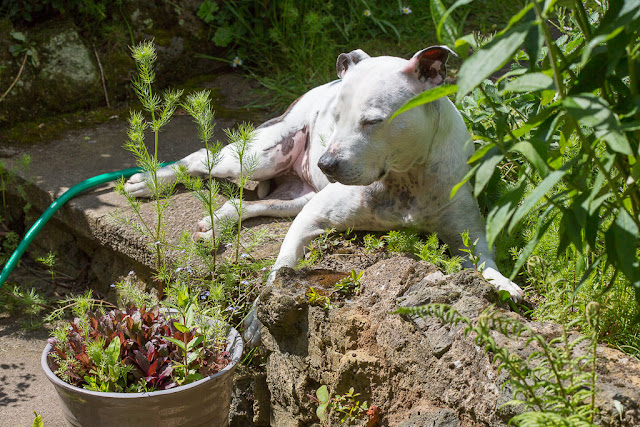 As I worked nearby, Olga lolled on the back steps. I don't know if you can tell, but she's lying half in the flower bed, right on top of our love-in-a-mist. I didn't even try to move her. Fortunately love-in-a-mist are tough plants, and ours do tend to grow in inconvenient places! 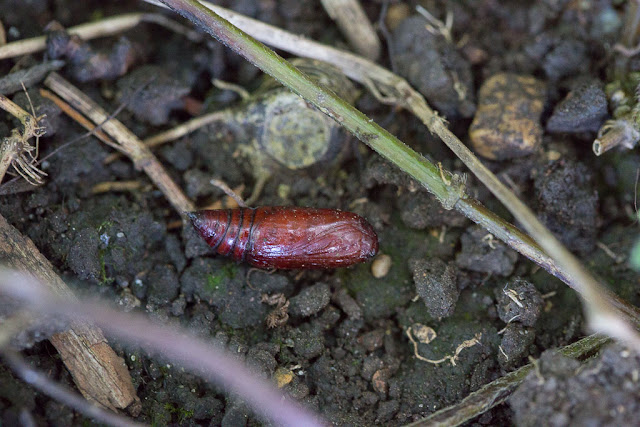 I found this lying on the ground in one of the back garden beds. I looked it up and I believe it's a pupating moth. I'm not sure why it's above ground, because I think they usually pupate below the soil surface, but I didn't try to move it. I covered it with some leaves so it wouldn't be easy pickings for birds. 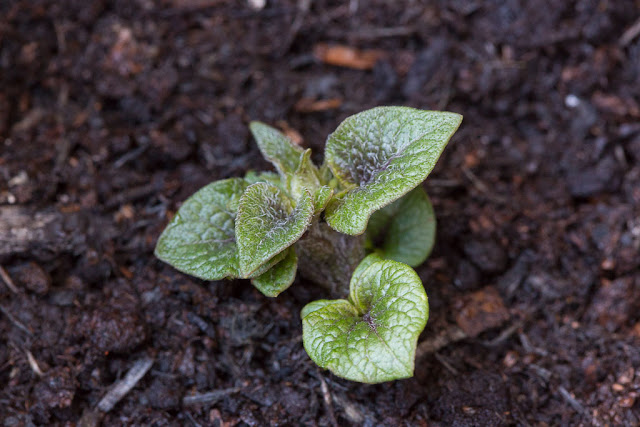 And finally, our potato plants have come up. (You may remember I'm growing them in bags.) We have three little sprouts, all looking like this. Everyone tells me potatoes are incredibly vigorous, so we'll see how this experiment goes!

Otherwise, it was a quiet day. I finished "An American Marriage," which was a pretty good read, and I called my mom in Florida for Mother's Day. I also sent her some flowers, but I had them delivered last Thursday because the florist wanted $15 extra to deliver them yesterday. (And $5 extra on Saturday or Friday.) I told Mom that's why her flowers arrived early and she thought that was pretty funny. She's frugal herself so she gets it!
Posted by Steve Reed at 6:40 AM