In Search of the Magic Fish 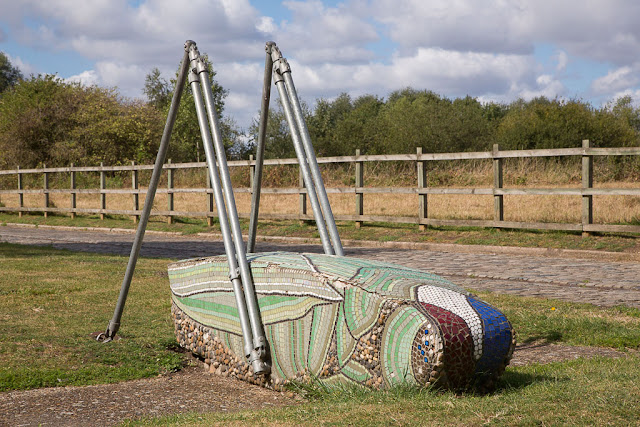 Some of you may remember that a few weeks ago, while I was walking the Capital Ring, I spent a good long time in a wildlife refuge searching for a sculpture called "Rise and Shine Magic Fish," by pottery artist Kate Malone. My Capital Ring map mentioned the sculpture and it sounded intriguing, and I was disappointed when I couldn't find it. I later learned it had been moved to another nearby park in Leyton after a piece of it was stolen.

Yesterday, I decided to go back to Leyton and find those fish in their new(ish) home, the WaterWorks Centre Nature Reserve.

It took two tubes and a train to get there, and I marched confidently into the reserve, certain that I had found the fish's true home. I crossed a bridge over one of the many channels of the River Lea and found myself on a path between fields, forest and a small pasture containing a couple of friendly cows.

I found several of the park's artworks quite easily, like "Jump," a mosaic bench by Norma Vondee (above)... 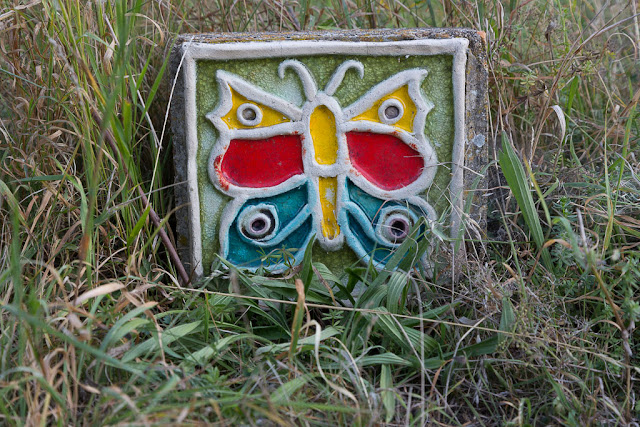 ...and some bright handmade tiles lining the paths of a wildlife garden... 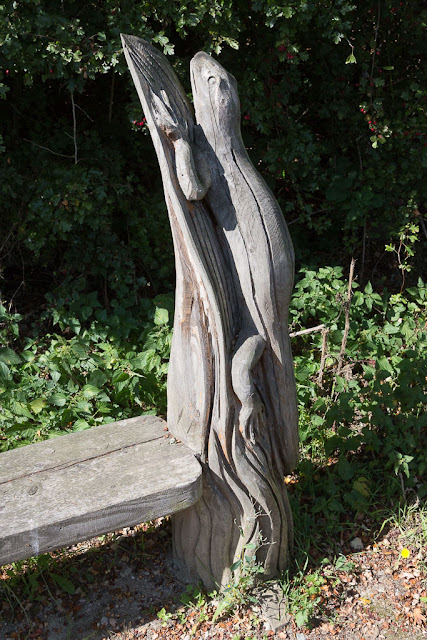 ...and a bench featuring a giant carved lizard.

But I could not, could not, find those darn fish! I wandered every path, ventured out on a boardwalk into a forest, and walked out to the center of the filter beds -- which used to be a huge natural filtration system for London's drinking water, and now consists of a series of ponds. The ponds are screened from the path by wooden walls, and visitors have to open little cabinet doors in the walls to peer out into the ponds. (I think this is meant to keep wildlife from being frightened away, but it seems a bit fussy and unnecessary.) I opened a few doors at random and found no fish sculptures.

I began to wonder, have any human beings ever actually seen these fish? Are they so magical they are invisible and/or imaginary?

But no -- I'd seen photos on Flickr. I knew they physically existed.

I walked back to the visitors center and asked a woman behind the counter where I could find the Magic Fish. To my surprise, she directed me back to the location where they used to be, along the Capital Ring. She handed me a clearly outdated map that showed them in that location, too. I told her I was certain they'd been moved from there. "Oh, they never tell us anything!" she said. (I wasn't sure who "they" were. Presumably whoever's in charge at WaterWorks.)

She got someone on the phone who apparently knew the fish had been relocated, and eventually I was directed back to the filter beds and told how I could find them -- go to the middle, turn right and open the second set of little wooden doors overlooking the pond.

I did so, and -- although it turns out a left turn was necessary, not a right -- I finally found "Rise and Shine Magic Fish." 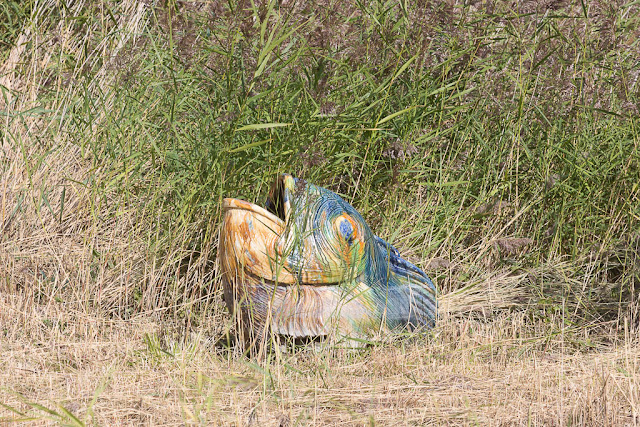 This probably isn't the best time of the year to see them, because the pond is waterless and they're peering up out of a field of dry grass. 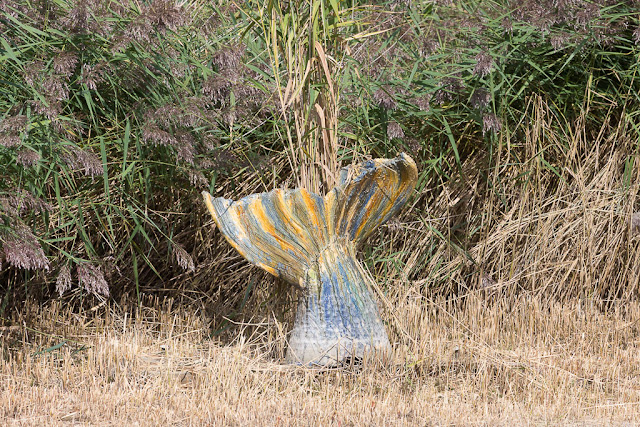 But at least I got a sense of what they're supposed to look like. 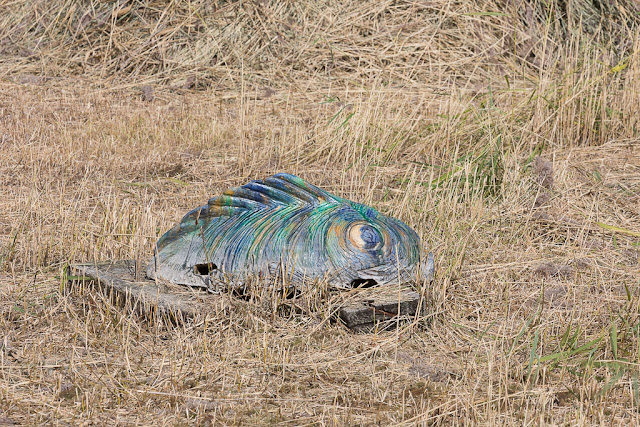 You can see pictures online of them at a wetter time of year, when their fishiness is more apparent.

Good grief! What an odyssey! Hopefully, if anyone is interested in finding "Rise and Shine Magic Fish" in the future, they'll read this blog post first.
Posted by Steve Reed at 7:02 AM