This Green and Pleasant Land 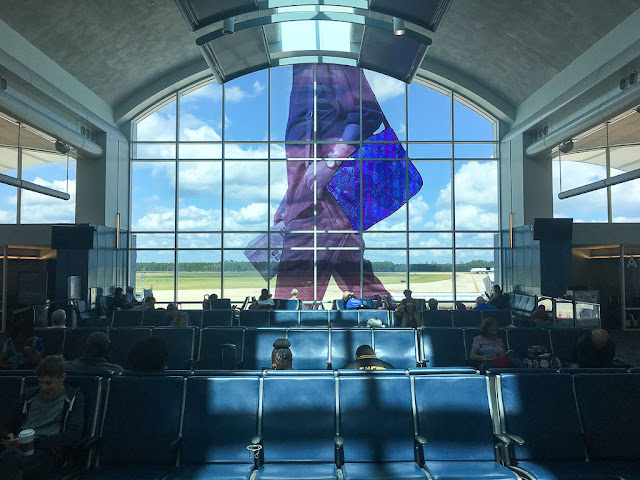 Well, I'm back in soggy London, where rain was apparently the order of business all last week -- and Dave is looking at the forecast and it's not changing any in the next few days. I don't mind, honestly. I felt like I was baking in Florida. I could stand to cool down a bit.

My flights were mostly uneventful, except that our takeoff for London was delayed by about half an hour because Delta was waiting for passengers' duty-free purchases to be delivered to the plane. Doesn't that seem a little crazy? Holding up hundreds of people and an entire plane for the sake of a little shopping?

"I guess someone really needed their bottle of Jack," said the guy sitting next to me.

We eventually left without it. The flight attendants said shoppers would have to be content with a refund.

I watched "American Graffiti" and a recent Ethan Hawke movie, "Stockholm," while in flight. I hadn't seen "American Graffiti" in a very long time. It was fun to reconnect with that movie and all its  winsome stars -- Ron Howard, Richard Dreyfuss, Harrison Ford, Cindy Williams. Everyone looked so young.

I also read Fintan O'Toole's recent book about Brexit. It was quite interesting and revealed a few things I hadn't really considered before. For example, certain wealthy Brexit backers are ultimately trying to destroy nationhood as a concept -- to be replaced by a sort of global gated community for the rich and entrepreneurial. (The rest of us can go suck eggs, apparently.) Among the working classes, O'Toole likens Brexit enthusiasm to cutting -- the self-harm that makes people bleed but also makes them feel and gives them a focus for their otherwise diffuse pain. I thought that was an interesting comparison.

Now I am home, unpacked, and exhausted. Olga was very happy to see me. 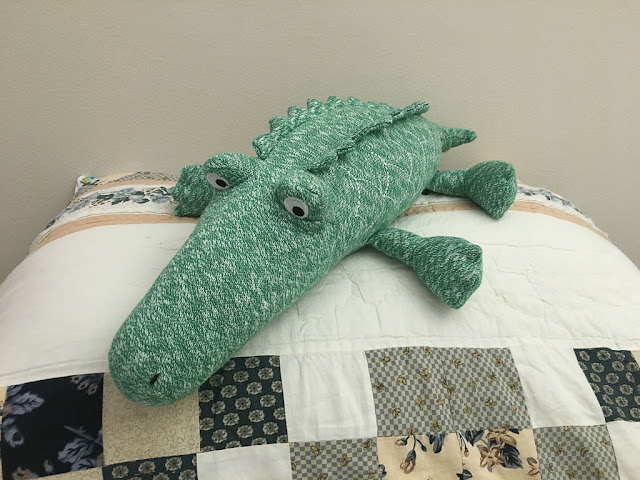 Apropos of nothing, here's the ridiculous alligator I bought at Target a few days ago for my mom's bed. She laughs every time she sees it! I spent time with her yesterday morning before my flight, and after my brother, niece and I went to Waffle House for an authentic southern breakfast!

(Top photo: The Jacksonville airport, with a window mural of someone walking and carrying a bag featuring a map of the city.)
Posted by Steve Reed at 10:45 AM