A Bit More on Brexit 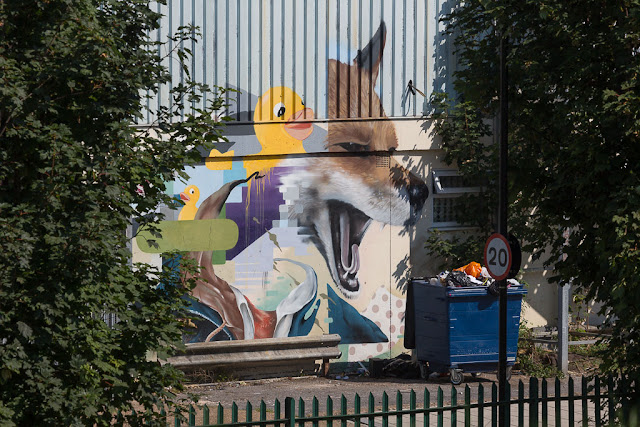 I promise I'm not going to go on and on about Brexit, but now that I've re-opened the door, I want to mention a couple more things.

First -- and I put this in the comments yesterday so you may have seen it there -- here's a flow chart that describes all the various outcomes from the place of "Brexit paralysis" we find ourselves in now. There are certainly many options, and as the chart says, none without significant hurdles. It helped me understand the process, at least.

Second, former prime minister Tony Blair had a column in the Evening Standard yesterday arguing that a second referendum is still possible -- that the Labour party should call for another vote, and not an election for a new government that would "mix up the general with the particular." Instead, he says, "Go back to the people and ask them direct: Brexit on the Government’s terms, or Remain."

I would love to see a second referendum, but I'm just not sure it's ever going to happen -- and as I said yesterday, I'm not sure the results would be any different from the original vote. I'm not sure Jeremy Corbyn, the Labour party leader, wants one either, as he's reportedly a Leaver himself -- and he's been completely gormless (a great word) through this entire process. Still, I like the fact that Blair is out there arguing for it even at this late date. 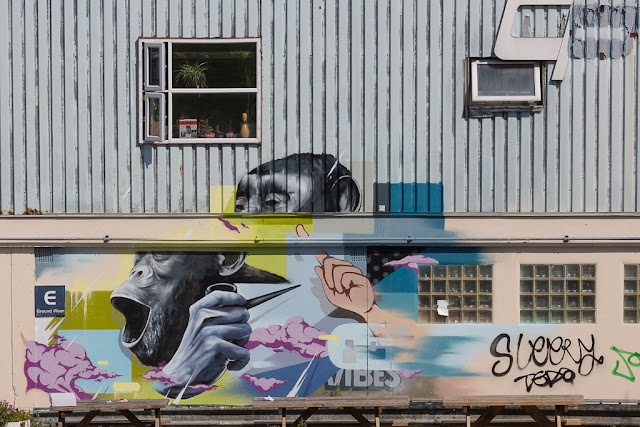 Anyway, back to real life around here.

You'll be glad to know the Foxglove Distribution Campaign is nearly at an end. I have a few more to deliver today, and then I've got to get ours in the ground tomorrow. And then, I think, that will be that. No more seedlings. Whew!

(Photos: Artwork on the outside of New River Studios, a performance space, cafe and art center in Haringey, seen from my recent walk along the bank of the New River.)
Posted by Steve Reed at 7:43 AM