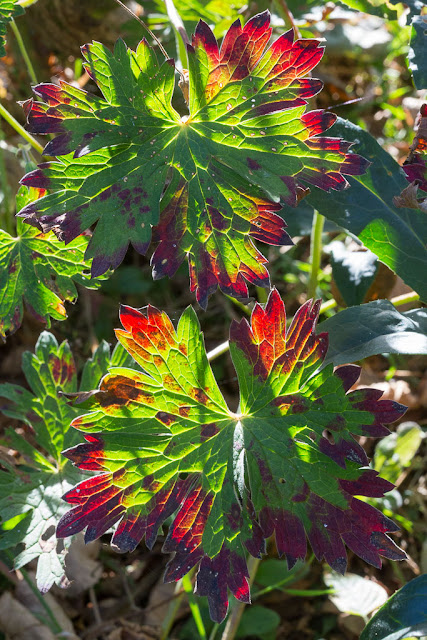 I had grand plans yesterday to take Olga on an adventurous outing, maybe to Wormwood Scrubs or an even more distant park. But life intervened.

First, when I took Olga on her regular morning walk -- usually just a circle around our neighborhood -- she was like a tightly coiled spring. She had so much energy to unwind that I just couldn't get her to turn back toward home. We wound up walking toward Kilburn and then up through Fortune Green to Childs Hill and THEN back home. It took a couple of hours, and finally, toward the end, her spring was unsprung enough to allow her to relax. (I think she was so wound up because I was out all day Saturday and she got very little exercise.)

I also had a million things to do at home -- cleaning the bathroom, mowing the lawn, doing the laundry. I had to order a birthday present and do some other stuff online, although I was on the computer very little overall. (And I know I still have to catch up on blogs -- sorry!) 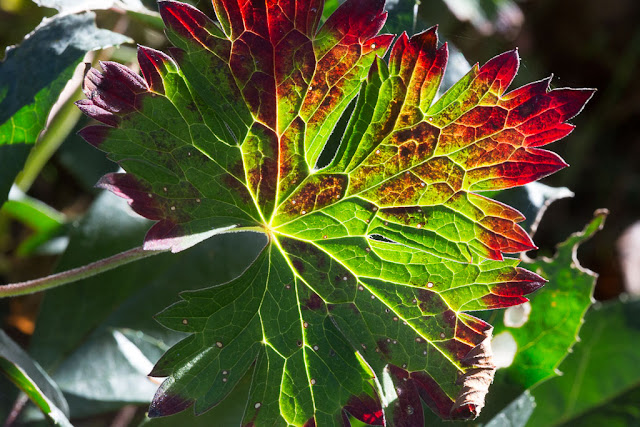 Because Olga walked so far in the morning and I frittered away so much of the day on other tasks, our grand plans fizzled and I wound up just taking her to the cemetery in the afternoon. I shouldn't say it like it was a small thing, though -- she chased her Kong and squirrels and generally acted like a lunatic. I don't think she came home disappointed.

I heard the turaco again -- it's still hanging around!

Dave and I went out to dinner on Saturday night with his Aunt Phyllis and Uncle Roger, who are visiting from Michigan. We went to Pied-a-Terre near sunny Goodge Street, and for some reason Dave had us show up a half an hour before the 6 p.m. reservation, which is a crazy time to go to dinner in London. (Even 6 p.m. is ridiculously early.) When we walked in the staff were still vacuuming! But they seated us and we got cocktails and Phyllis and Roger arrived at the appointed hour and dinner was terrific. Phyllis and I had halibut with mussels; Dave and Roger had lamb. I hadn't seen them in five years, since we last visited Michigan for Christmas, and it was good to catch up.

Right now there's a very annoyed squirrel trying to get into our peanut-filled bird feeder. It just can't get to the nuts through the fine wire mesh (obviously designed to repel squirrels). We've shuffled the bird feeders around to deter Roy, and it may have worked -- we haven't seen him recently. But maybe I need to shuffle them some more, before this squirrel does any damage!

(Photos: Geranium leaves in the garden, backlit by morning sun.)
Posted by Steve Reed at 7:29 AM

For some reason, this post made me think of a song from the musical "Oliver"... "It's A Fine Life" for in its own simple, safe and pleasant way your life seemed very fine this past weekend.

Sounds like a fine weekend. Busy. But homey.
Those leaves are astounding. They shine like jewels in that light.

sounds like a normal weekend full of chores and dog walks. and why on earth did Dave want to get to the restaurant a half hour early!

It's good that Olga got to run off all her pent up energy. I'm sure she enjoyed her walk in the afternoon. When we go on a walk, Pogo spends all his time sniffing. So many dogs, so much to sniff. I love the leaves. Things are beginning to turn here too. You have a wonderful day, hugs, Edna B.

Some days we just have more energy than usual. Olga got to enjoy her extra energy.

I love the photos. The perspective is so beautiful.

That sounds like a lovely weekend! I always like to be early when possible. I get anxious otherwise. On the other hand, Mike is just not fussed about it at ALL, so there are some tense times in the Bug household occasionally.

That sounds like a very nice weekend. I'm anxious to start walking again as soon as the heat starts easing up. I love the look of those leaves and the lighting behind them. Nicely done.

You are such a good dog parent. For those dependent on us - the young, the elderly, the disabled, and the furry - it may not be convenient to change our plans to accommodate them, but it's a fundamental part of love.

Your dinner sounds good. The lamb - not so much.