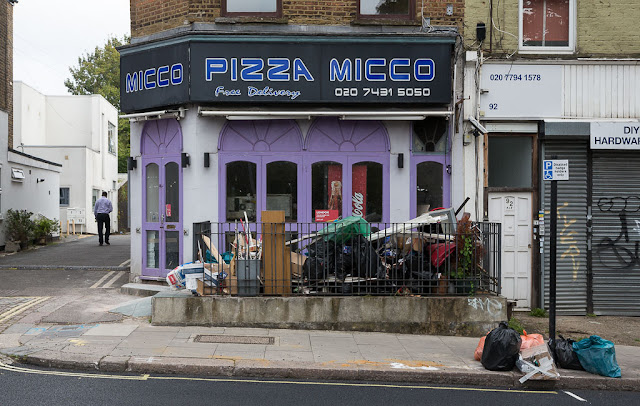 Dave and I woke up this morning and got online and watched some snippets of the presidential debate (because of course we were asleep when it occurred). Christ! What chaos! I can't believe anybody got any truly productive information out of those exchanges, but I do think they demonstrated one thing -- "Sleepy Joe" isn't at all sleepy. America needed to see that.
All Trump basically did was lie and bluster and try to dominate. Which is his style of, well, everything.

From here on out, especially with Trump up there, they need to turn off each candidate's microphone while the other speaks.
And what's going on with Brexit, you may ask? (Probably not.) The short answer is, darned if I know. The UK is apparently trying to do something that is considered internationally illegal regarding trade, something about Northern Ireland blah blah blah, but I don't really understand it and despite the fact that we need to have a deal it looks like there's a very real possibility we won't.
Spell-check, incidentally, keeps trying to turn Brexit into "brevet," which is apparently “a former type of military commission conferred especially for outstanding service, by which an officer was promoted to a higher rank without the corresponding pay.” Sounds like a ripoff to me.

And there you have it -- my take on current events. 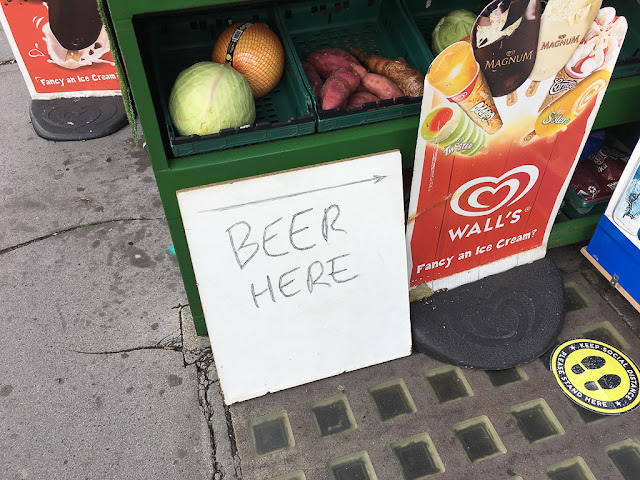 Dave and I saw this sign walking to work yesterday morning -- advertising a good debate remedy, come to think of it. I chuckled at the rhyme. "It's a two word poem!" I told him.
Oh -- one more current event. I read an astonishing story in The New York Times yesterday about a corporate security office within eBay that basically ran a terror operation against a blogger couple in New England. Apparently the bloggers reported on eBay in a way that the company officers didn't appreciate. The security personnel stalked them, sent them pizzas in the middle of the night, mailed them boxes of cockroaches, mailed pornography to their neighbors. They did all this, allegedly, with the knowledge of top bosses -- although of course the bosses deny it. It's amazing to think that employees of a major company would behave this way.

I am convinced there's something about the Internet that makes people crazy. For some reason, humans seem prone to read the worst possible intent into others' comments and online behavior. Those bloggers would write their posts and, according to the story, the top leaders of eBay would lose their minds. Get some perspective, people!
When I mentioned the cockroach-mailing to Dave, his face lit up. "You can do that?!" he said.
So if any of you get a box from Dave in the near future, don't open it.
(Top photo: A pizza place near Fortune Green, last weekend.)
Posted by Steve Reed at 7:00 AM