A Pint at the Carlton 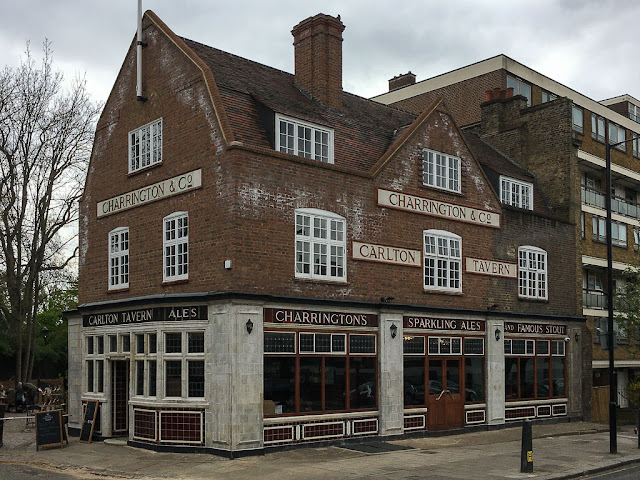 You may remember that I've written before about the Carlton Tavern. That's the pub in Kilburn that, on the eve of being listed as a historic building, was demolished by its owner, a foreign developer who wanted to build apartments on the site.

Basically, he thought he could bring in bulldozers and rip the building down without planning permission, pay a fine, and move on with his money-making scheme.

But Westminster government officials surprised him, instead ordering that he rebuild the pub brick by brick. He appealed the case and lost, and eventually did reconstruct an exact facsimile of the original structure, which fortunately had been well-documented by the preservationists who worked on the historic listing. I followed up on the case several times, here, here, here and here.

I must say I never imagined this pub would actually come back to life. How often, in controversies like this, do the developers flat-out lose? But I think Westminster Council felt that this was an ultimate test of their planning laws and processes, and they couldn't afford to let the guy off the hook. Besides, the community was outraged.

Last week, along with other pubs emerging from lockdown, the Carlton finally re-opened. Yesterday after work, I fulfilled a long-held ambition to have a beer there. 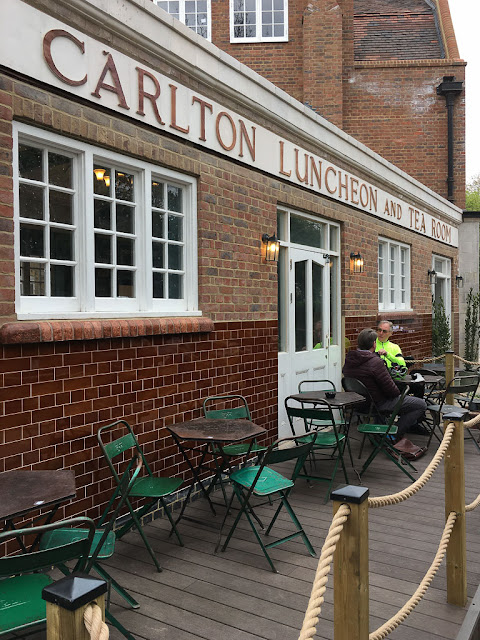 The Carlton has a beer garden in back and outdoor seating at the side, so that's where Dave and I sat with our friend Gordon. (That's Gordon facing us in his bright bicycling vest, and Dave facing away from the camera.) Dave's co-worker Carolyn eventually joined us, too. 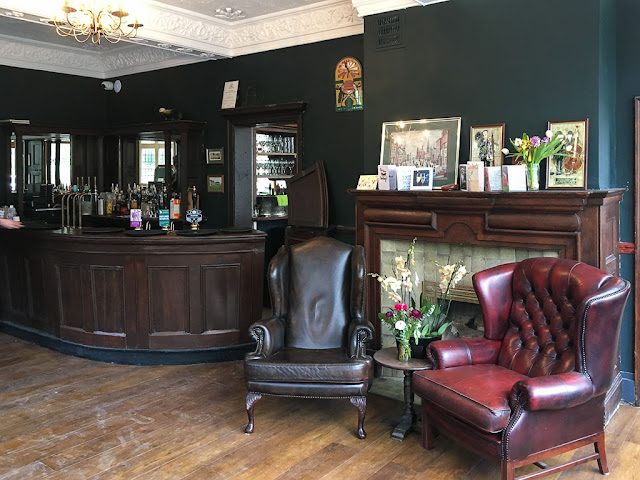 The interior looks like it's still a work in progress, but you can see that they've restored period details like the fireplace and the moldings. As I understand it, they salvaged what they could from the wreckage of the original building, including the wooden bar.

This pub is only a little more than half a mile from where we work, so I hope we can go back somewhat regularly.

The good guys finally won!
Posted by Steve Reed at 6:54 AM