A Squirrel Raid, and Iran 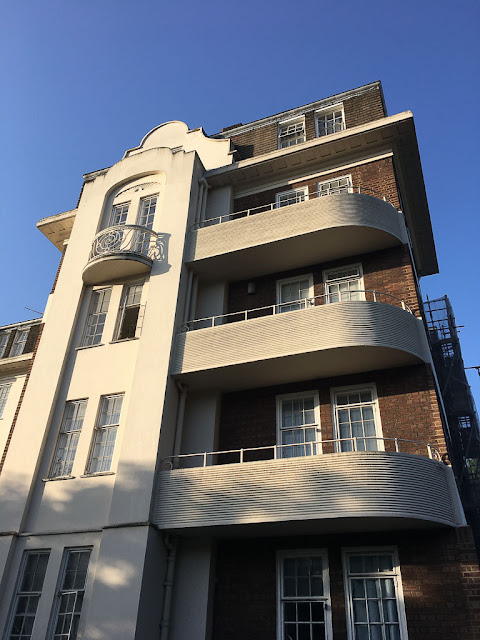 This is Hillside Court, an apartment building on Finchley Road that Olga and I often pass on our walks. It's very deco, isn't it? The morning light was really nice on this particular day.

Remember all those seedlings I painstakingly transferred from the seed trays to pots over the weekend? Well, we had our first "squirrel raid" on the pots yesterday. It wasn't too devastating, but I did lose maybe ten plants. Oh well. They're not all going to make it to maturity, and I knew that from the start. I moved the pots from the patio table to a less squirrel-prone area, but nothing is guaranteed!

I'm sick to death about Trump withdrawing from the Iran nuclear deal. Frankly I think it has less to do with national security than with undoing a key piece of diplomacy from Obama's tenure. The Republicans just will not rest until they've destroyed everything Obama accomplished. Withdrawing from the deal is a historic mistake, with possibly world-changing implications -- and not for the better. It certainly helps convince the Iranians (and the rest of the globe) that America is not to be trusted. 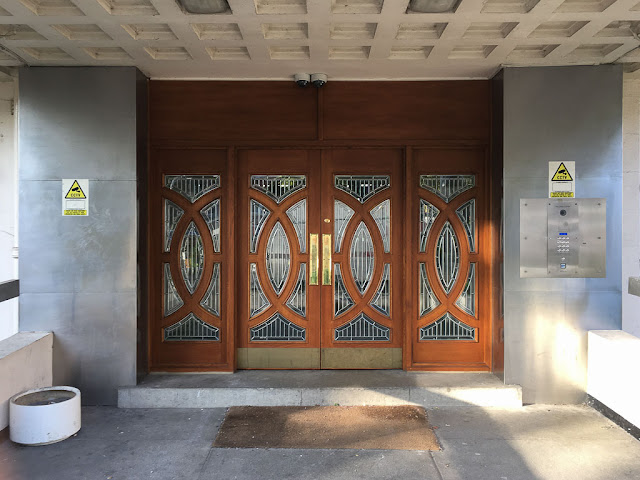 Olga's leg seems a bit better, but she's still limping when she runs around in the garden in the evenings. I have a feeling we're moving toward surgery.

Oh, and I had to pop back into the dentist last night to get my temporary filling replaced on my root canal tooth. It fell out a few days ago, when I was eating something not particularly crunchy that suddenly became very crunchy.  So the count is up to nine appointments so far to work on this tooth, counting the two I'll have in June to get the crown. Fortunately he didn't charge me for this one!
Posted by Steve Reed at 6:45 AM