Marlin Perkins, Where Are You? 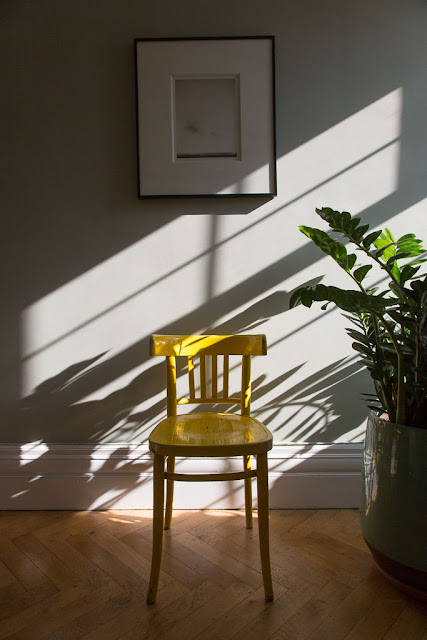 Remember our mouse situation? Well, for the longest time we didn't catch anything in our single trap. I'd locked up the dog food in a plastic bin and moved most of the nibblies out of the cupboards and onto the countertop, where we'd never seen any evidence of a mouse. I thought maybe, just maybe, I'd convinced them to go elsewhere, and bloodshed would not be necessary.

And then, Thursday morning, I found a gnawed-open bag of wild rice in the cabinet, and when I got down underneath the cupboards, behind the baseboards, I saw more evidence of mouse activity.

Time to pull out the big guns. So to speak.

I had Dave buy four more mousetraps -- the old-fashioned kind -- and I set them all. Within 24 hours we'd killed four mice in the kitchen, and we got another one this morning in the front hall closet. We put the bodies in the back of the garden, and they inevitably disappear overnight, probably taken by a cat or a fox. (They're not poisoned so they shouldn't harm a predator.)

Adding to my rodent excitement, some squirrels dug up four pots of zinnia and cosmos seedlings on Thursday morning. I repotted them, put flowerpot shards around them to discourage digging and I'm keeping my fingers crossed that they won't die.

Why is the animal world against me? I grew up on Mutual of Omaha's "Wild Kingdom" and Ranger Rick nature magazines! I'm a member of the Royal Society for the Protection of Birds! I'm on YOUR SIDE, guys!

We've also had some more adventures in British plumbing. I spotted some damp spots on the hallway wall yesterday and opened our linen closet to a distinctly wet smell. When I looked around, I realized a pipe joint in the closet's back wall -- which feeds into our shower -- was leaking. A slow drip, drip, drip was coming from the joint, seeping into the plaster and running down the wall into the floor, where the unfinished floorboards were quite wet.

So we called our managing agent's emergency maintenance number and got no answer at all. I sent them an e-mail with pictures of the situation, and we called our own plumber to come today and solve the problem. Meanwhile, I've jerry-rigged a drip-collection system so no more water can seep into the wall, and I've poured three pitchers of drippage down the sink so far. I'm hoping we can deduct this plumber's fee from our rent. This really isn't something we should have to repair, but it also isn't something I want to leave until Monday (at the earliest).

Finally, I bought some hydrogen peroxide to treat Olga's paw. She doesn't seem to mind the treatment and it makes me feel better knowing it's getting disinfected, though whether it has much practical effect I have no idea. I was amused by a warning on the peroxide bottle: "Do not give to children under 12 years old as a mouthwash, unless your doctor tells you to."

Does anyone use hydrogen peroxide as a mouthwash? Is that something a doctor would recommend?

(Photo: A quiet, mouse-free corner of our entrance hall, earlier this week.)
Posted by Steve Reed at 7:37 AM

If it's not one thing it's another!! It always seems like things like that happen all at once. I've noticed that whenever something breaks, it's always on the weekend or as I'm leaving the house for a trip.
I love the shadows in your photo!

Hydrogen peroxide was what I used to lighten my hair in the summer when I was 15. I have never heard of anyone using it as a mouthwash. Congrats on the mice wars.

Do not use hp as a mouthwash! It can damage your salivary glands. We have had a mouse war for 20+ years here in NJ USA... they just keep coming...we use the old fashioned traps too. Good luck!

Mice are persistent and can get through spaces you would not believe. And then, they can chew through anything.
Would Olga tolerate a cat?
Probably not the solution you were looking for.
Hydrogen peroxide has been used as a mouth wash. Google it. Also as a disinfecting cleaner? Huh.

And of course I remember Marlin Perkins!

I knew the mouse situation would change. They find houses comfortable and with lots of food. then they reproduce and things get wild. Peanut butter in the trap is a great bait for mice.

Good job trapping those mice. I like that you put their bodies outside to feed the other wildlife. Bummer about the plumbing. Hope that all works out. Beautiful photo.

Just got over a mouse situation myself so this one gave me some shudders. For awhile when I was at the counter I'd swear I saw a flash of something out of the corner of my eye, but chalked it up to my floaters. Then I saw it. Sure enough it shot across the room and under the stove. Then I started seeing them all over. I'd be sitting in my rocker and hear them in the walls. Now, I have a huge phobia against mice and seeing them was actually making me ill. Couldn't eat, sleep, cried. Slept with the bedroom light and television on. But I didn't want to kill. I just wanted them to go away. I sprinkled peppermint around, bought something call Rodent Away spray, spent well over a hundred dollars on mouse proof containers, even dried the sink out after every use. Like you, had to get the big guns out and bought a number of mouse traps, had the super come in and between what we bought and he bought filled up a lot of entrance ways with some kind of foam spray that keeps them out. I bought the things that you plug in which emit sounds. I did everything imaginable and I do believe they finally got the message, but I still imagine they are there. I jump at every little noise. Been here 5 years and this is the first time we had a problem and that's because they have been doing a lot of building in the neighborhood. I just don't think I will ever feel the same here.

Doctors do recommend HP as a mouth wash, or at least they did 20 years ago. I had an infection in my gums that they were fighting and they told me to mix it half and half with warm water. It fuzzes up in your mouth just like it does on an open wound. It taste terrible.
Who was the guy on Wild Kingdom that Marlin Perkins would always defer the difficult tasks to? He would often say thing like, "and now ?? will wrestle that wild bull to the ground." Used to make me smile. I too used to watch them often.

No wonder the mice and other critters come to your place - you're a friend of wildlife and birds so they just think it's a sanctuary!

"Why is the animal world against me?" made me smile, sorry! But it seems that way when mice and squirrels are involved. They are so able to squeeze through tiny spaces, reproduce so fast, and seemingly have endless pits where their stomachs are supposed to be! The old-fashioned traps are overall more humane than those damnable sticky traps, I must say.

You may want to check with a vet on the hydrogen peroxide. A few years ago the recommendation was to not use it on wounds because it actually eats away at the new tissue that is forming, thus delaying healing. Soap and water may be just as good, or a soak in Epsom salts. How you get a dog to sit and soak I cannot help with :) (Disclaimer: besides not being a scientist or doctor - see comment on one of your previous posts - I'm not a vet, either. This advice is worth the price I'm charging!)