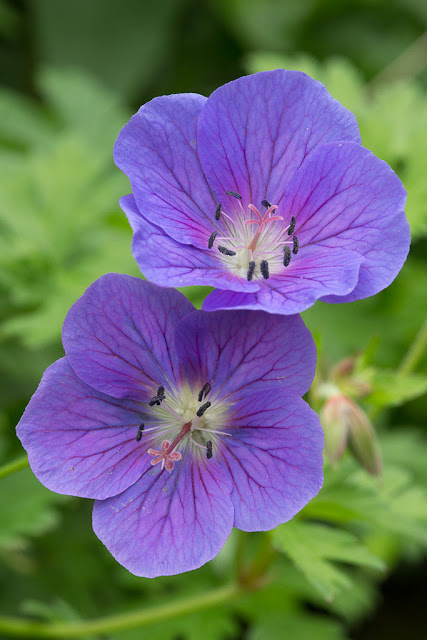 I spent all day yesterday at home, so -- time for another garden update! The geraniums have appeared, looking great as usual. 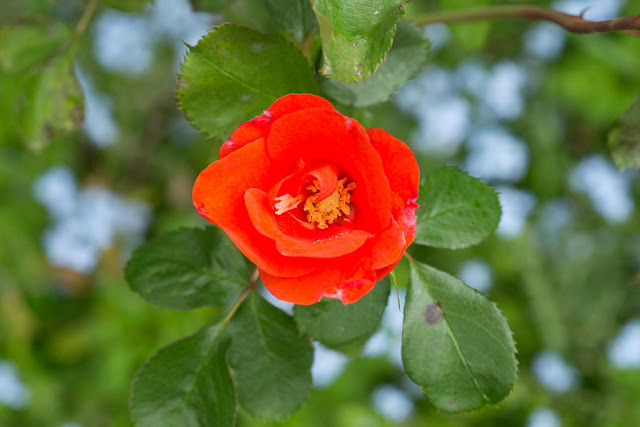 Our first rose has also appeared -- a bright orange one. (Unfortunately, our first touches of black spot have also appeared, as you can see on that leaf to the right of the flower. It won't hurt the plants but it makes them look somewhat grim by the end of the summer. I could fight it with anti-fungal spray but I don't want to spray that stuff if I can help it.) 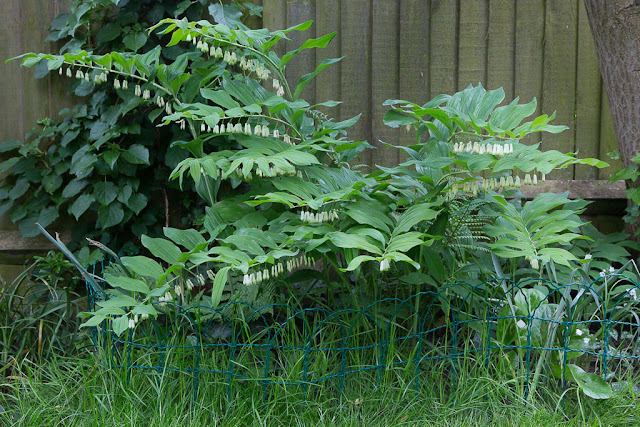 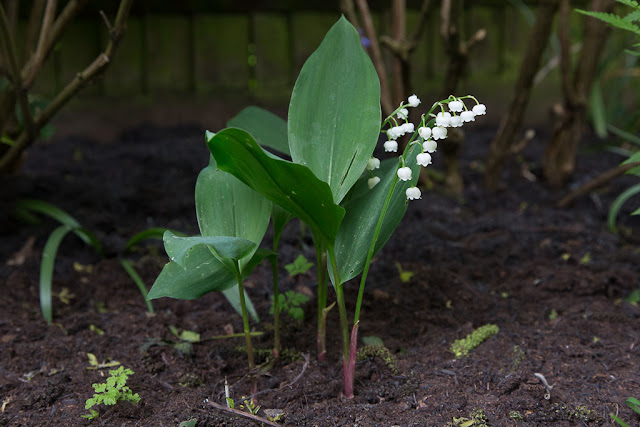 Our lily-of-the-vally is also blooming. These plants have never done as well as Dave predicted -- I don't know why. They hold their own, but they're not spreading as he thought they would. 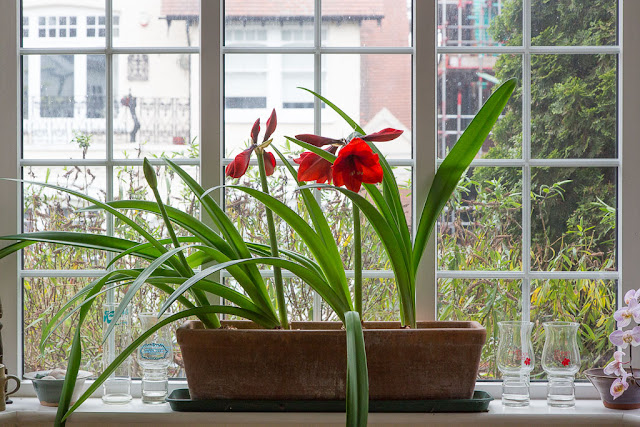 Although not strictly in the garden, our amaryllis finally, finally are blooming -- later than ever this year. The plants and flowers look really good. I did use the anti-fungal on them last year, as I've mentioned before, to eliminate red blotch, and I think it helped. (Since they're indoor potted plants and not out in the environment, it wasn't a danger to critters.) 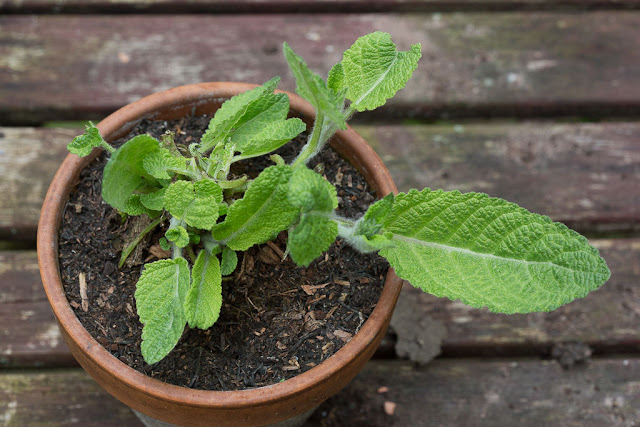 That sage that was gnawed nearly to death by slugs has re-emerged, now that it's in a pot on the patio table. 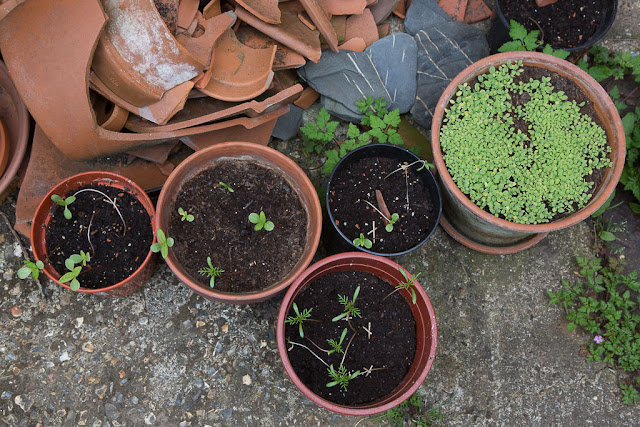 My seedlings. See how floppy some of them are? I think I left them too long in seed trays where they weren't getting enough sun, and they got too leggy. I don't know whether they're going to self-correct or not. I've tried propping them up on toothpicks until they can strengthen but it's such fiddly work that I'm tempted to let nature take its course.

That pot on the right contains poppy seedlings, I think -- I should thin them out, but so far I've let nature take its course there too. I am just not good with seeds. 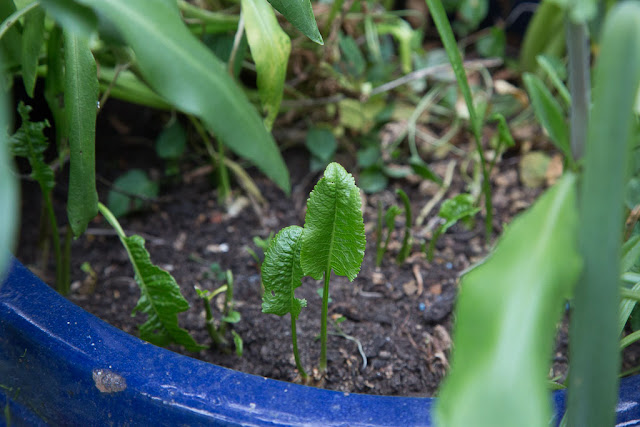 Our horseradish is a shadow of its former self. I weeded the violets from the pot to give it more light, and soon the daffodils will die back too. Maybe it will recover, or maybe it's time to pull all that stuff out of that pot and start fresh with something new. Ask again in October!
Posted by Steve Reed at 6:20 AM