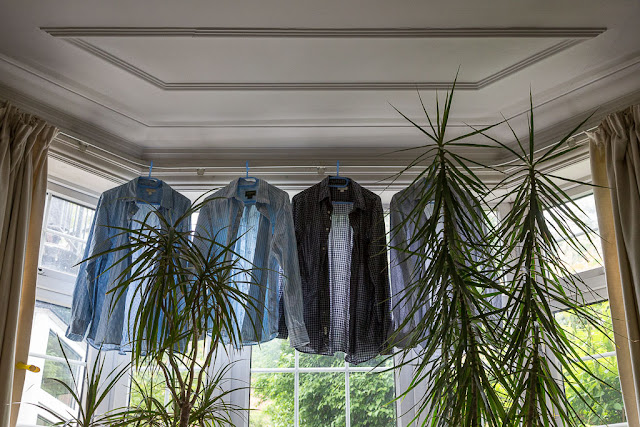 Well, I seem to be on the mend. My fever was way down yesterday, even without aspirin -- it only got to about 99.2º F in the late afternoon, when fevers are usually at their highest, and that's not even really a fever. I also felt much better. I was able to read and spend some time outside, as opposed to Monday, when I could only lie on the sofa and watch back-to-back movies ("The Core," "Moonstruck" and "Working Girl.")

I also ate both lunch (peanut butter sandwich) and dinner (rice and scrambled eggs), in addition to my normal morning cereal. So today I'm headed back to work.

What a peculiar little virus. A roaring fever for one day, no other symptoms to speak of, and then BOOM -- gone. 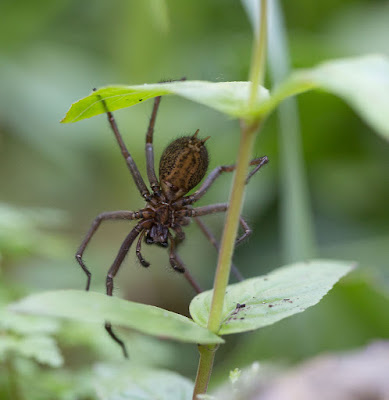 We had a bit of excitement in the morning when I found this creature (above) crawling across my blanket on the sofa. You can't tell from the photo, but it's ENORMOUS, at least as British spiders go. Probably two or three inches long. I'm not an arachnophobe but it gave even me the willies.

Dave and I picked up the entire blanket and shook it outside, depositing the rather stunned spider in the garden. I think it's a wolf spider, and although I wouldn't want to harm it, I also don't want to live with it. Hopefully we haven't consigned it to death in the cruel outdoors, but after all, that's where it belongs. 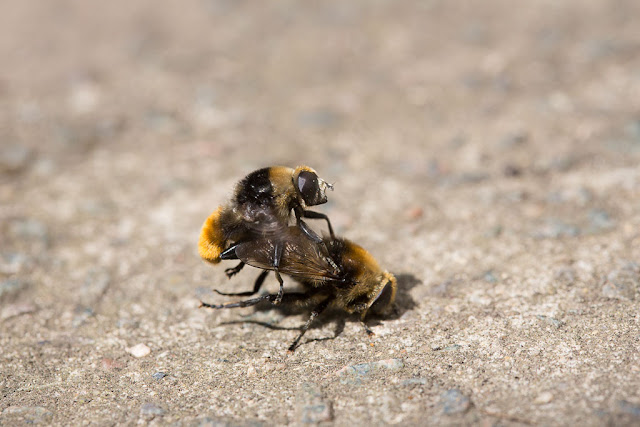 And then, a few hours later, I was reading on the sofa when I heard a persistent buzzing. This usually means a bee is trapped behind a window in our house somewhere, so I got up to find it and free it. Instead, I found these two bees, locked either in passionate embrace or mortal combat, on our back patio. I tend to think it was the former -- I watched them for a while and then, when I went out a few minutes later, they were separated but lying near each other. When I moved closer, they both flew away, clutching tiny cigarettes.

Bee mating is not something I understand -- I thought there was a queen involved? And the male bee dies afterwards? Maybe that larger bee above is a queen. I have no idea.

(Top photo: Our shirts drying in the bedroom. A lot of my clothes do tend toward the blue end of the spectrum.)
Posted by Steve Reed at 6:30 AM