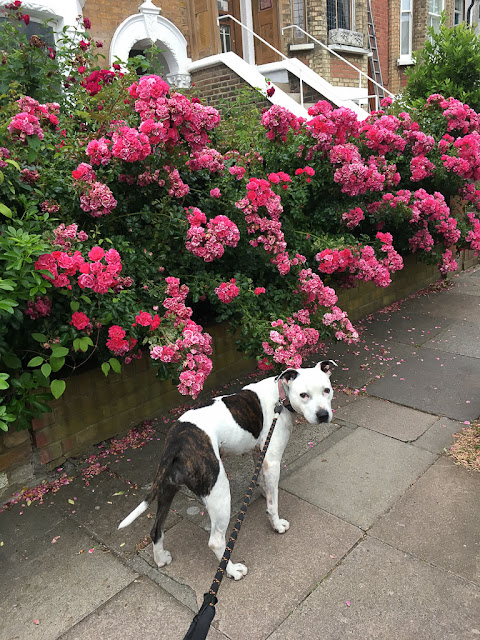 Today is going to be a scorcher. Here's a screen grab of the Weather Channel's web site, so you can see for yourself:

Ugh! And this is in a country where no one has air conditioning. Including us.

I'm dreading it, though I hope it will only be bad for a few hours in the afternoon, and maybe if I go sit in the shade with a book I can survive. Tomorrow, bizarrely, the high temps are supposed to be back down in the 70's.

Meanwhile, to get our minds off the heat, how about some more recent random photos from my iPhone?

First, a shot I took a few weeks ago (top) of Olga posing with some roses on one of our walks. 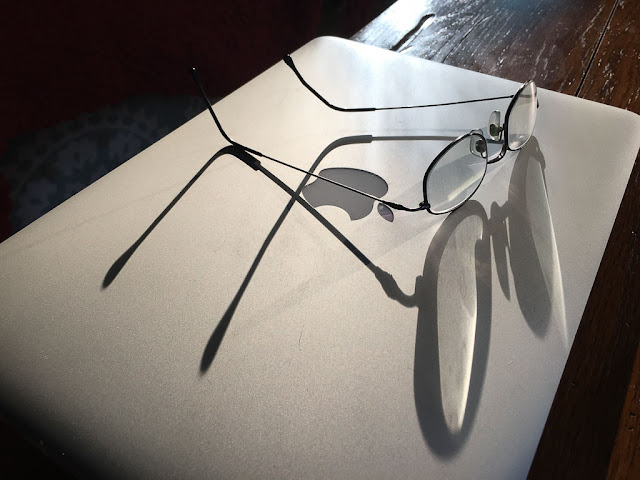 My essential blogging tools, pictured in some bright morning sunlight at my stepmother's house in Florida. 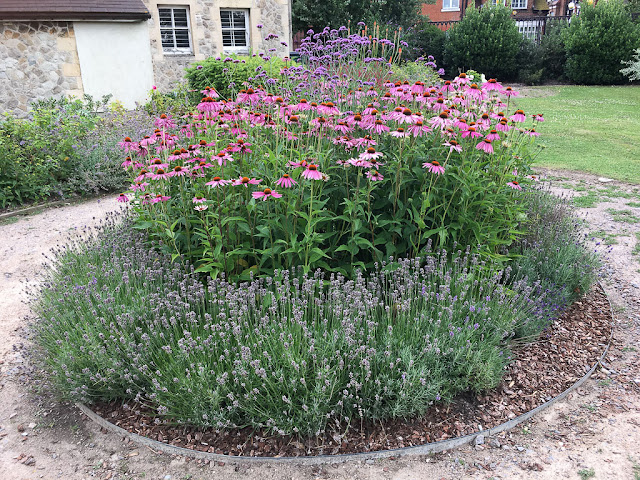 An impressive stand of echinacea at the Hampstead Cemetery. Our echinacea barely came up this year -- just a few sad little sprigs. I'm not sure why. It's in a pot to protect it from the slugs, and maybe it's become potbound. 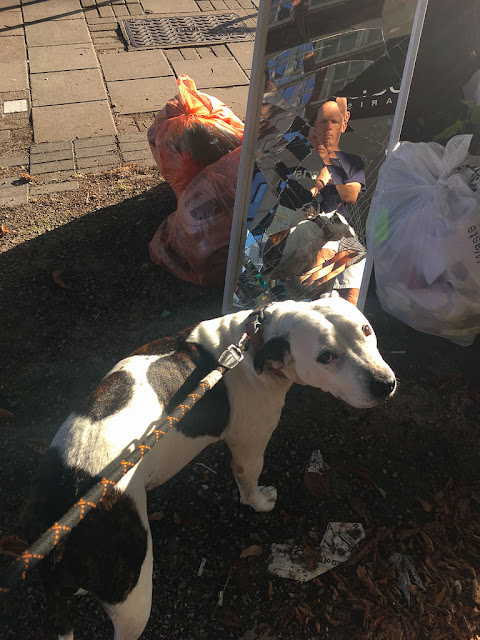 Self-portrait in a broken mirror on an early morning walk with Olga. (I was making her stand still, which is why she has that "What did I do? Am I in trouble?" look on her face.) 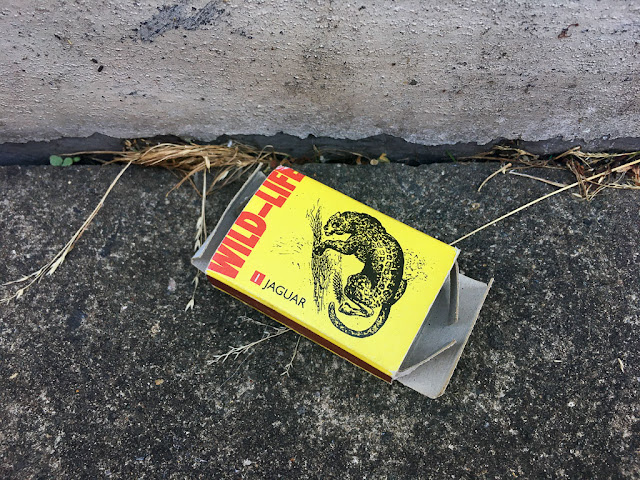 An interesting matchbox. Are there other animals in the series, I wonder? 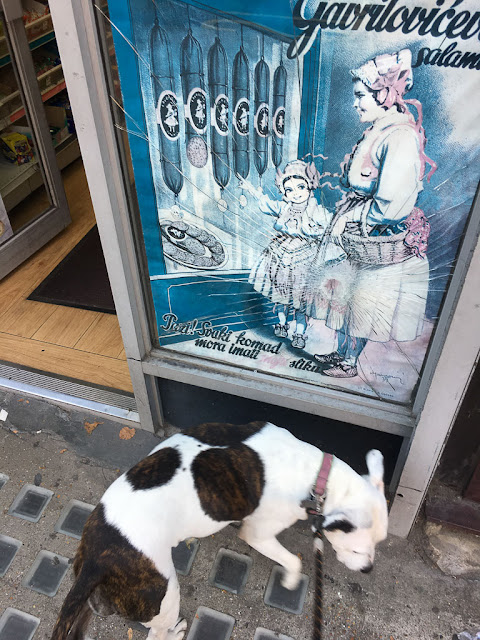 Remember the Croatian sausage poster in the shop window? Well, someone has broken the glass, and now the poster -- which has become sadly faded -- appears to be the only thing keeping out the weather. 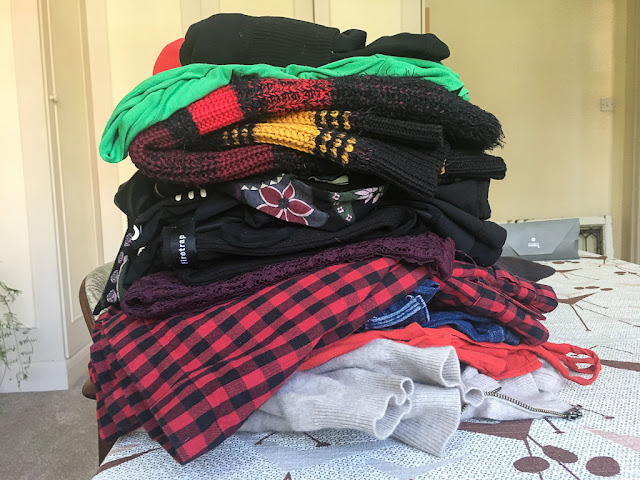 Every charity shop in our neighborhood has a sign on the door asking people NOT to leave bags of donated clothes outside when the shop is closed. And yet people do, and the bags invariably get torn open and the contents strewn all over the sidewalk. That's what happened to these clothes, which I found discarded in the bottom of a phone booth on the high street -- someone had clearly gone through the bag there and left behind what they didn't want. (The only thing no one does in a British phone booth is make a phone call.) So I brought them home, washed them, dried them, and took them back to the shop when it was open. 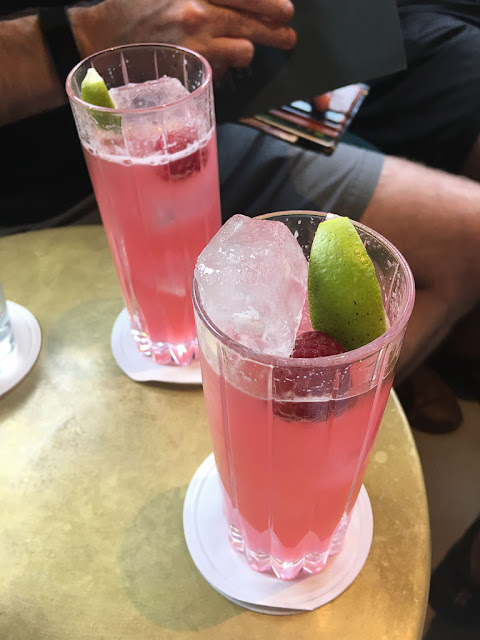 Dave and I went out with our co-worker Colin last night to a new neighborhood bar. Against my better judgment, I tried one of their specialty cocktails -- mainly because it was called a Floradora, which was the name of a nightclub that figures prominently in Frank Sinatra's 1967 movie "Tony Rome," filmed in Miami. It contained gin, pomegranate juice, lime and ginger ale, and in my opinion it was too sweet and needed more gin. 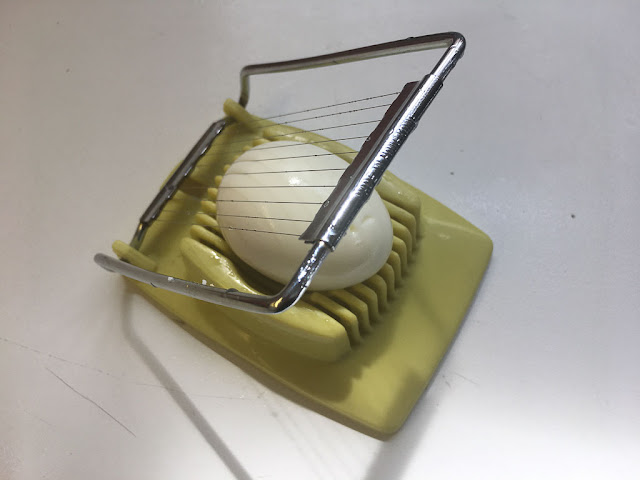 Finally, here's another example of an innocuous everyday item that I almost unwittingly have owned for decades -- an Ekco egg slicer. I got it when I worked at Scotty's hardware in Florida, almost 35 years ago, when we had a clearance sale for items that were being discontinued. I think I bought it for 50 cents. It's actually a handy little gadget, and I got to use it again Tuesday when I made egg salad sandwiches. I've moved 14 times since I bought this silly thing, and it's come with me every time!
Posted by Steve Reed at 6:47 AM