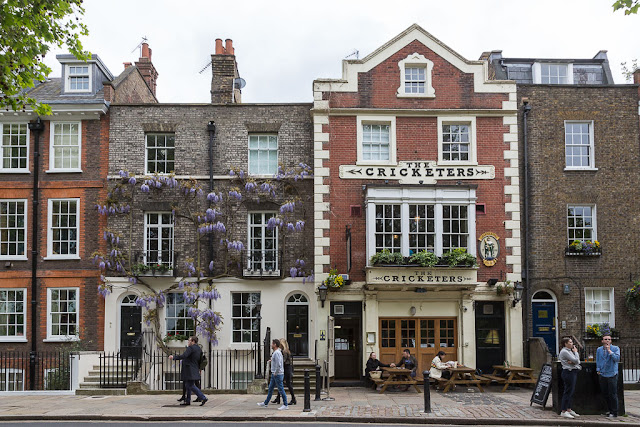 It's raining this morning, and Olga is showing no sign of wanting to go for a walk. So I may be off the hook! It's a very rare day when I can skip walking the dog, but I hope this is one of them.

-- Remember the nesting pigeon? Well, I haven't seen him or her around recently. I looked up into the bush where the nest is located, and it's still there. It's a bit ramshackle, just a loosely constructed platform, and there appears to be a single egg or eggshell in it. But no bird. So either the nest failed or the pigeons have hatched and moved on. (Could it happen that quickly?) I'm not too worried. We have no shortage of pigeons.

-- I called Citibank to change the billing address for my credit card to one of my relative's houses in Florida. I was assured by the guy on the phone (who I believe was in India) that this will keep my account open. I'm skeptical because it all seemed too easy, but we'll see! 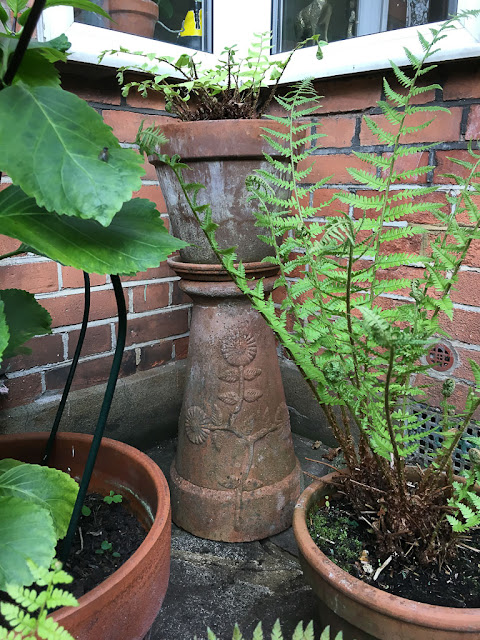 -- Here's what we did with our celebrity flowerpot (which, we belatedly realized, is actually a celebrity garden pedestal). We put it in a corner of the patio with a fern on it. Seems like a good solution! 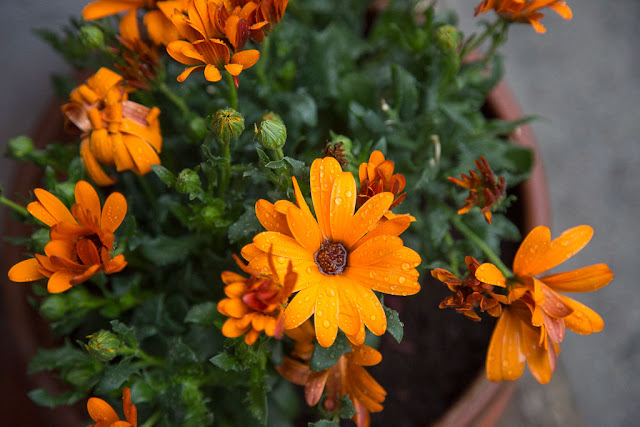 -- Finally, fellow blogger Sharon has published several photos of orange African daisies growing in Arizona, where she lives. I've always loved those flowers, but I never saw them here. For some reason the African daisies I encountered tended to be purple. But then, while on my walk in Richmond on Monday, I passed a flower stall, and there were pots of orange ones for sale! I bought a few, repotted them and put them on our front porch. (They're mostly closed up in the photo, but they'll reopen when the sun hits them.) Eventually we'll move them to the garden, where they are reportedly slug resistant. Now we can pretend we're in Africa, or maybe Arizona -- at any rate, somewhere sunnier and warmer than here!

(Top photo: A wisteria-draped house and a pub in Richmond on Monday.)
Posted by Steve Reed at 7:13 AM