The Move to Memory Care 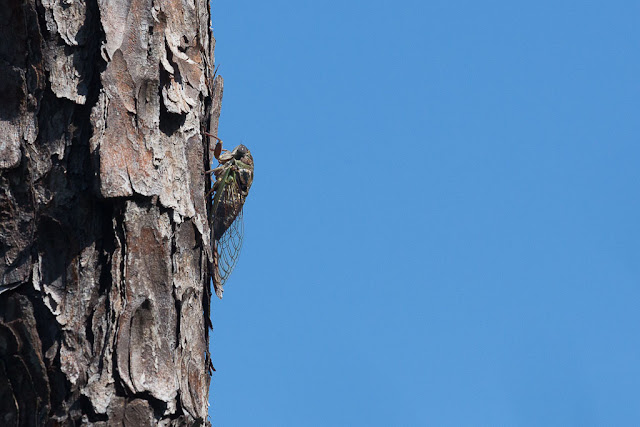 Well, I'm happy to report that Mom's move went much better than I expected yesterday. (This is possibly because I was being dramatic and expecting complete disaster, but still.)

We'd told Mom the day before that I was going to come over and take her to breakfast. So we showed up at her door at 8 a.m., and she seemed surprised and ill-prepared to go out. The movers were going to show up at 8:30, and we didn't want her to be there when they arrived, so I sort of had to hustle her to get dressed and out the door. I blamed my completely realistic and truthful need for morning coffee STAT, and it all worked out fine.

A blog commenter asked yesterday whether Mom knew she was moving to a new unit. It's hard to say. My brother and I had both discussed it with her. In fact, on Sunday afternoon we made clear it was going to happen. But you can never tell with Mom how much she understands and remembers. She said at one point on Sunday, "I'm not moving!" And then two minutes later she was laughing about something completely unrelated, the whole issue apparently lost in the mists of her mind.

The staff at the retirement center had actually advised us not to tell her -- discussing it, they said, would just cause unnecessary stress and it would all be forgotten anyway. But I felt like we needed to at least have the conversation, maybe just for my own sake, to lessen the sense that I was somehow deceiving her.

Anyway, I took her to breakfast, and knowing I was going to have to keep her entertained all day, we ate a leisurely meal. Then I put her in my rental car and we drove out to Castaway Island, a park on the wide, grassy Intracoastal Waterway that we'd visited a couple of times before. I figured this was a good destination because it was a bit of a drive, and the car travel would eat up more time. 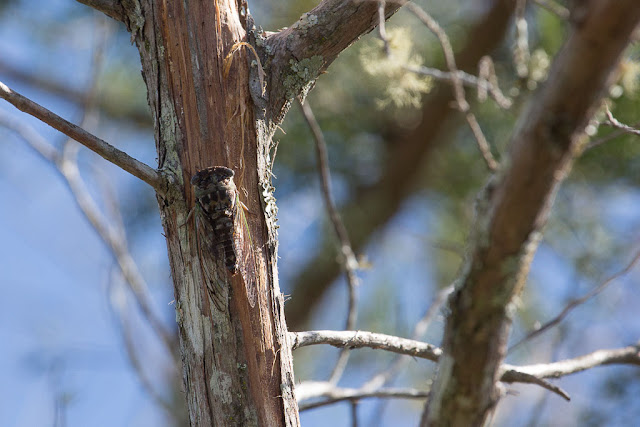 Once there, we walked the boardwalk beneath trees studded with buzzing cicadas. We saw a large osprey in a tree, several orange butterflies (fritillaries, I think, but they didn't stop flying long enough for me to identify or photograph them), an egret fishing for shrimp and a distant roseate spoonbill. We watched crabs in the water beneath the dock. We spent a couple of hours there, altogether -- Mom is physically quite healthy so she was up to it -- and then drove to my brother's house.

We spent the afternoon resting there. My brother, meanwhile, was working with the movers to get Mom's furniture to her new unit and to set it up in a reasonable facsimile of her previous apartment. He did so right down to the pictures on the tables and the items on her nightstand.

Finally, I drove her back to the retirement center and told her we were meeting my brother. I led her to her new building. This is the point at which I was most afraid she would grow suspicious and/or alarmed, but she followed me gamely and just rolled with it when we came in the door and staff members began introducing themselves. When she saw her new apartment, she seemed happy with it -- she walked around a few times looking at things, counting the pictures on the walls and making sure everything was there. Then she sat down and tucked into a box of cookies. My brother and I just looked at each other, amazed at how smoothly it all went.

Of course, there may still be rocky patches. She might not fully comprehend what's happened. Or she might really be fine with it. When she lay on the couch and one of her daytime nurses put a blanket over her, she said, "Oh, I love this!" So let's hope that mood continues!

I didn't stay with her last night as I'd planned -- my brother and I went to dinner and by the time we finished it was too late to go back to Mom's. We'll go over today and see how she's doing.
Posted by Steve Reed at 11:53 AM